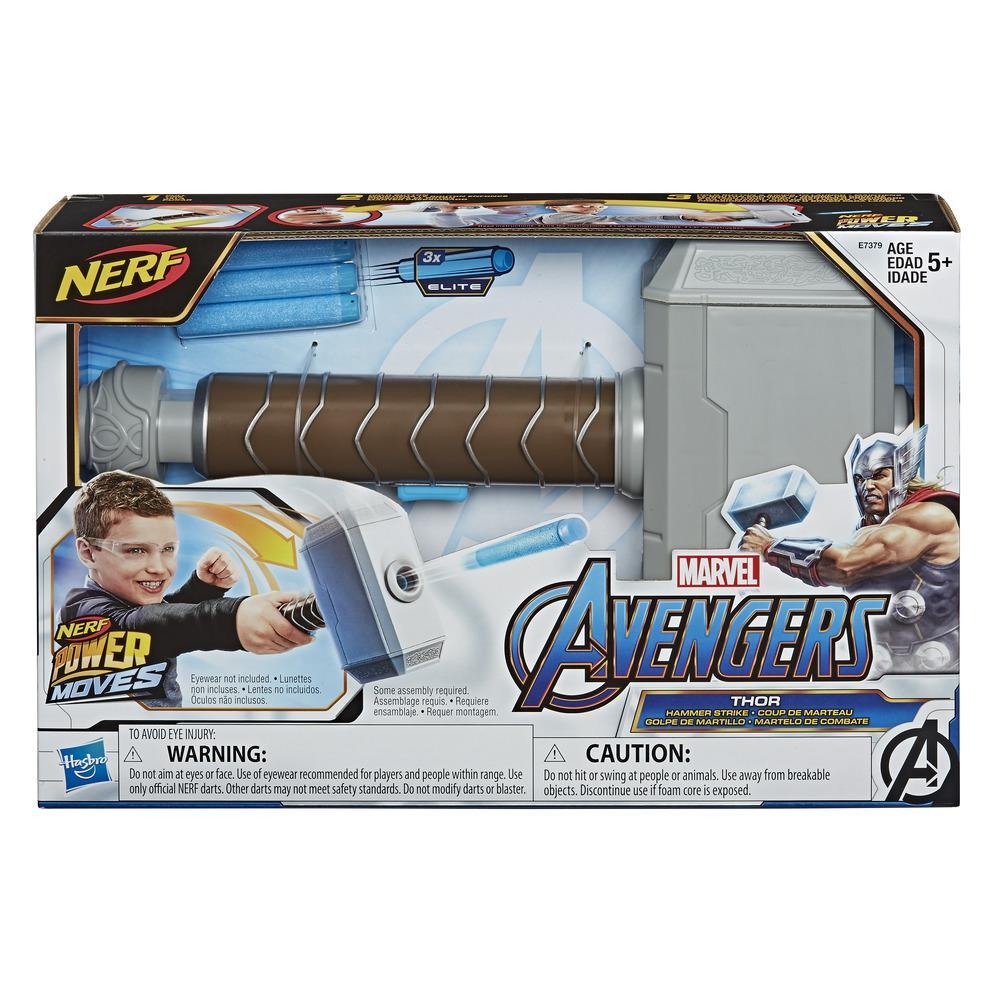 When Asgard or Earth is threatened, the lightning-powered warrior Thor, son of Odin, charges in with his hammer Mjolnir to save the day!

There’s more to being a super hero than capes and fancy suits. Being a super hero is about defending justice and knowing when it’s time to fight as a team! Kids can imagine powering up for action alongside their favorite super heroes, like Iron Man, Captain America, Spider-Man, Black Widow, Hulk, Black Panther, Thor, and more, with Avengers figures and roleplay! Avengers, Assemble!

With the NERF Power Moves Marvel Avengers Thor Hammer Strike roleplay toy, kids ages 4 and up can imagine gearing up for battle and wielding the mighty Mjolnir like the warrior Thor! Boys and girls will love pretending they are Thor, holding down the button on the Mjolnir toy hammer and performing the Hammer Strike move to launch a NERF dart!