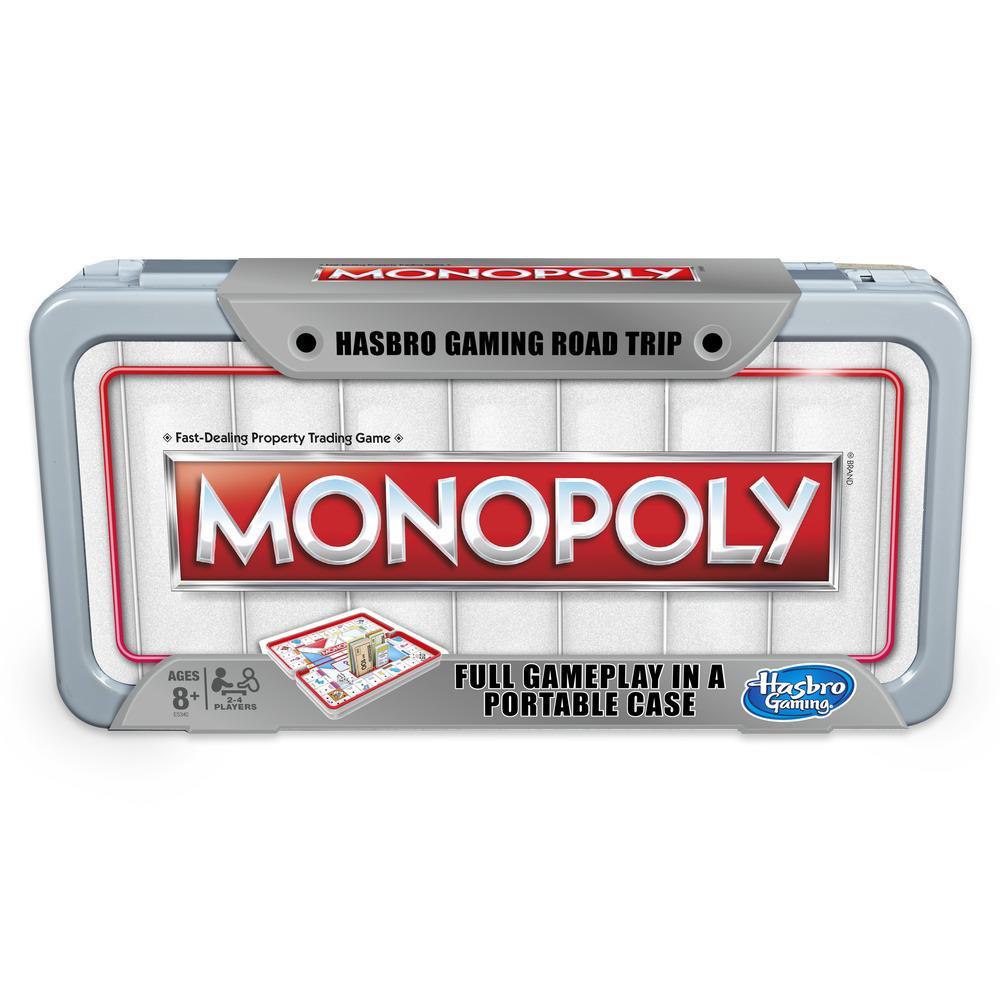 Introducing classic Monopoly gameplay in a convenient and sleek portable case. Players can open the case, begin gameplay, pause the game and close the case, then open it again later to pick up where they left off. This edition is a travel-themed version of the classic Monopoly game. All the properties are based on fun road trip attractions such as diners and amusement parks. Instead of buying houses and hotels, players pay the cost of admission or the bill. An exclusive Hasbro Gaming Road Trip rule adds a new twist to gameplay allowing players to take a shortcut on their way to owning it all. The player with money left when all the other players have gone bankrupt wins!