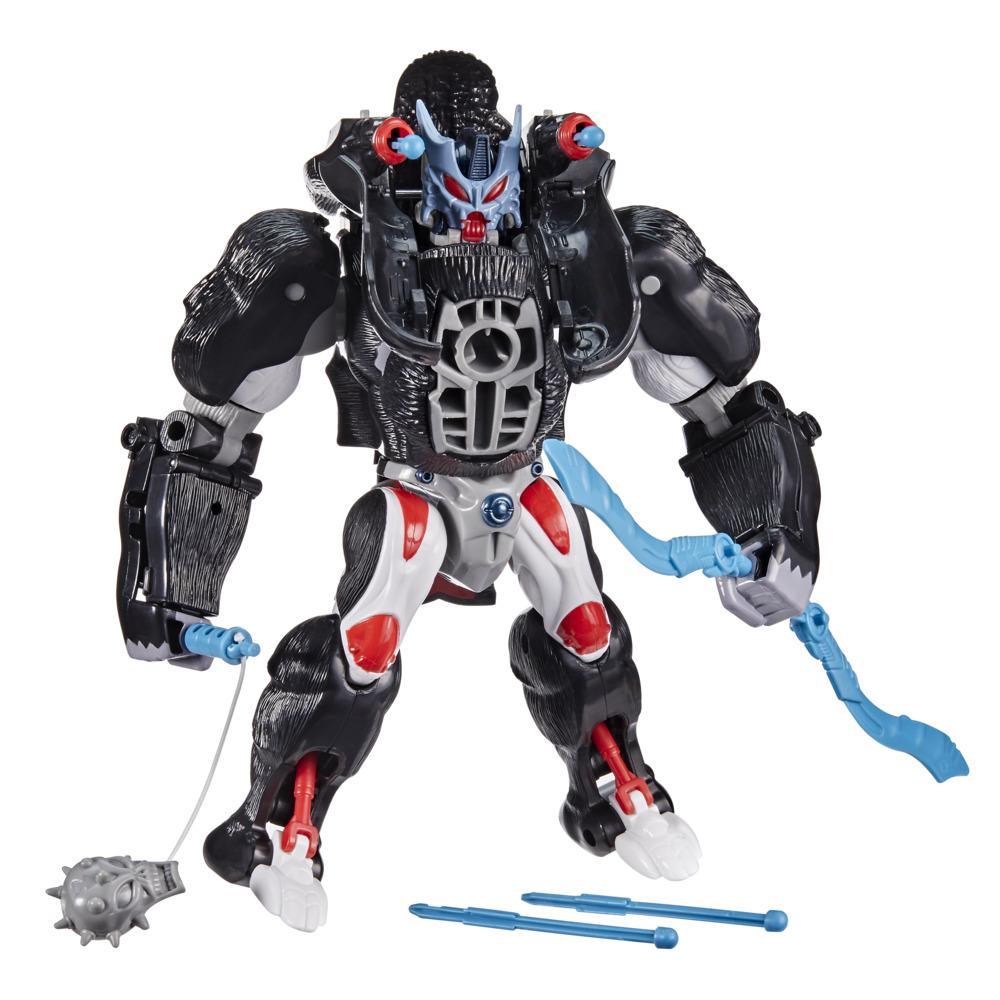 (Re)start a vintage Beast Wars collection with this Transformers: Vintage Beast Wars Optimus Primal figure! Inspired by the classic 90s toy, Optimus Primal is designed like the original version -- including figure styling, packaging, and art from the 1996 Beast Wars releases, plus classic tech specs and accessories. Optimus Primal has biogenetically re-engineered his body structure into a gargantuan robotic gorilla! Cybernetically fused musculature has enhanced strength to super-powered levels. Shoulder-mounted, mega-blast missile cannons launch devastating attacks upon foolish Predacon invaders. When they force him to fight, they force him to win! Optimus Primal figure comes with a skull flail, 2 Cyber Blades, and 4 missile accessories. Converts from gorilla to robot mode in 7 steps. Clip out and save the on-box tech specs to share, then see how this figure stacks up against other heroic Maximals and evil Predacons (each sold separately). Transformers and all related characters are trademarks of Hasbro.

•RE-CREATION OF THE ORIGINAL BEAST WARS DESIGN: This vintage Beast Wars Optimus Primal figure is inspired by the original 1996 Beast Wars release, including his flip-down mutant head and the switch on the back of the figure that triggers chest-beating gorilla arm action!

•WARNING: CHOKING HAZARD - Small parts. Not for children under 3 years.