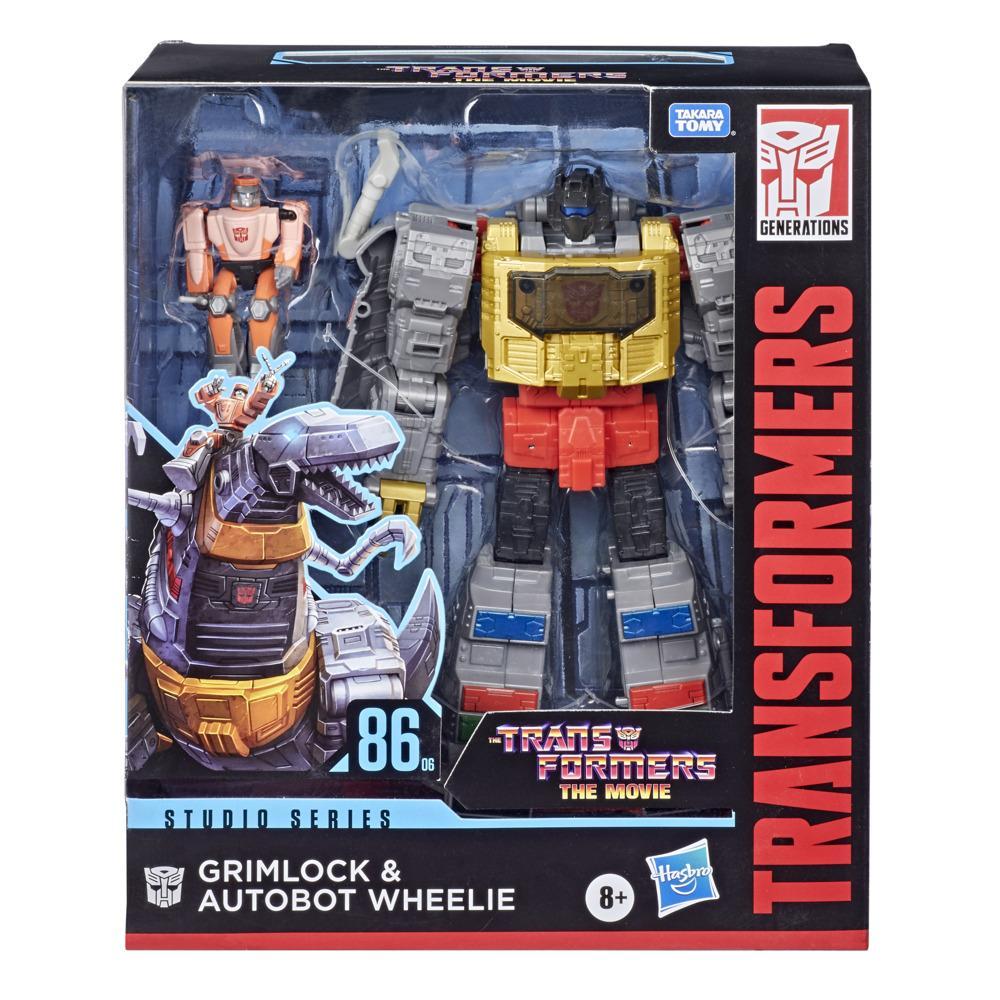 This Studio Series 86-06 Leader Class The Transformers: The Movie-inspired Grimlock figure converts from robot to t-rex mode in 24 steps. Includes non-converting Autobot Wheelie figure that can sit on Grimlock figure in both modes. Remove backdrop to showcase Grimlock and Autobot Wheelie in the Mockery of Justice scene. In the Mockery of Justice scene Grimlock, Wheelie, and the Dinobots storm the Quintesson Courtroom to save Hot Rod and Kup from Quintesson judgement. Pose the figures out with the included blaster accessory and imagine recreating this classic movie moment!