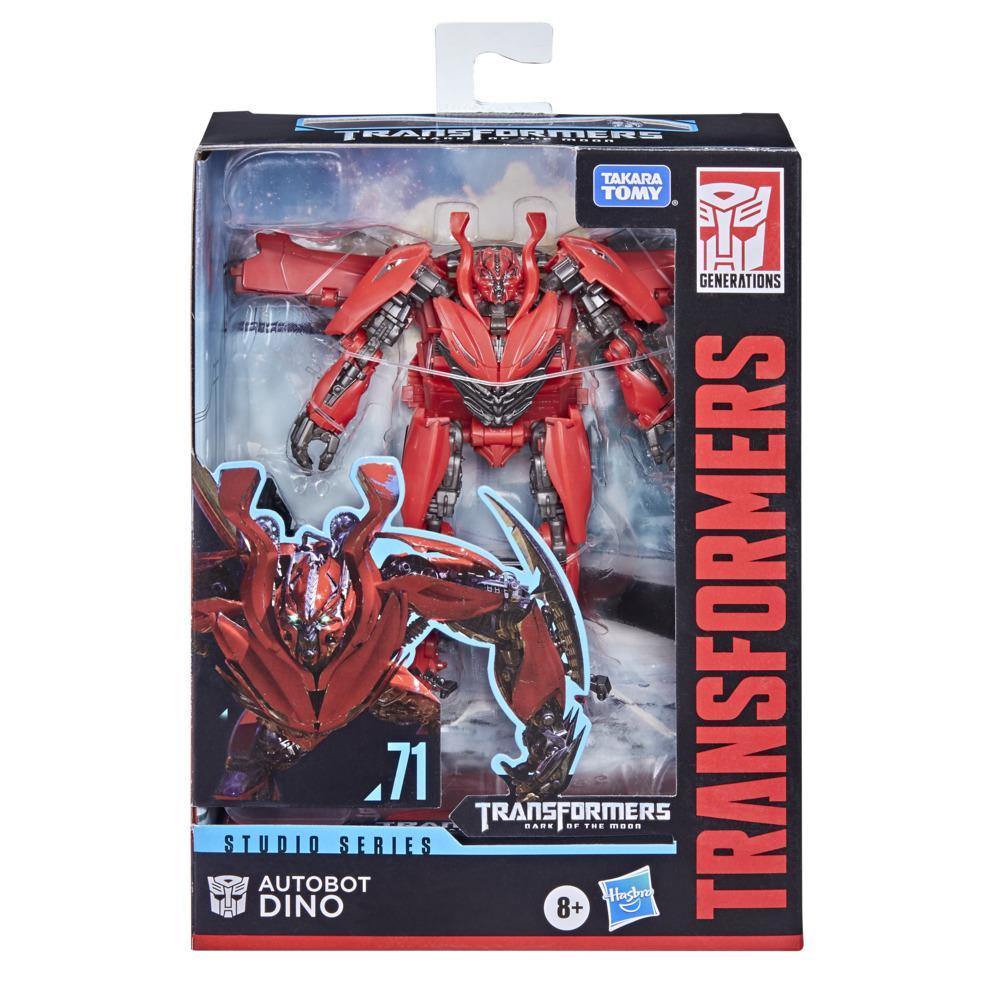 This Studio Series 71 Deluxe Class Transformers: Dark of the Moon-inspired Autobot Dino figure converts from robot to sportscar mode in 27 steps. Remove backdrop to showcase Autobot Dino in the High Speed Chase scene. In the High Speed Chase scene from Transformers: Dark of the Moon, the Dreads pursue the Autobots on the highway in an effort to take Sentinel Prime. Autobot Dino latches his blades onto Hatchet, steering him into the Autobot blaster-fire, and launches him into oncoming traffic. Pose the figure out with the included blade accessories and imagine recreating this classic movie moment!