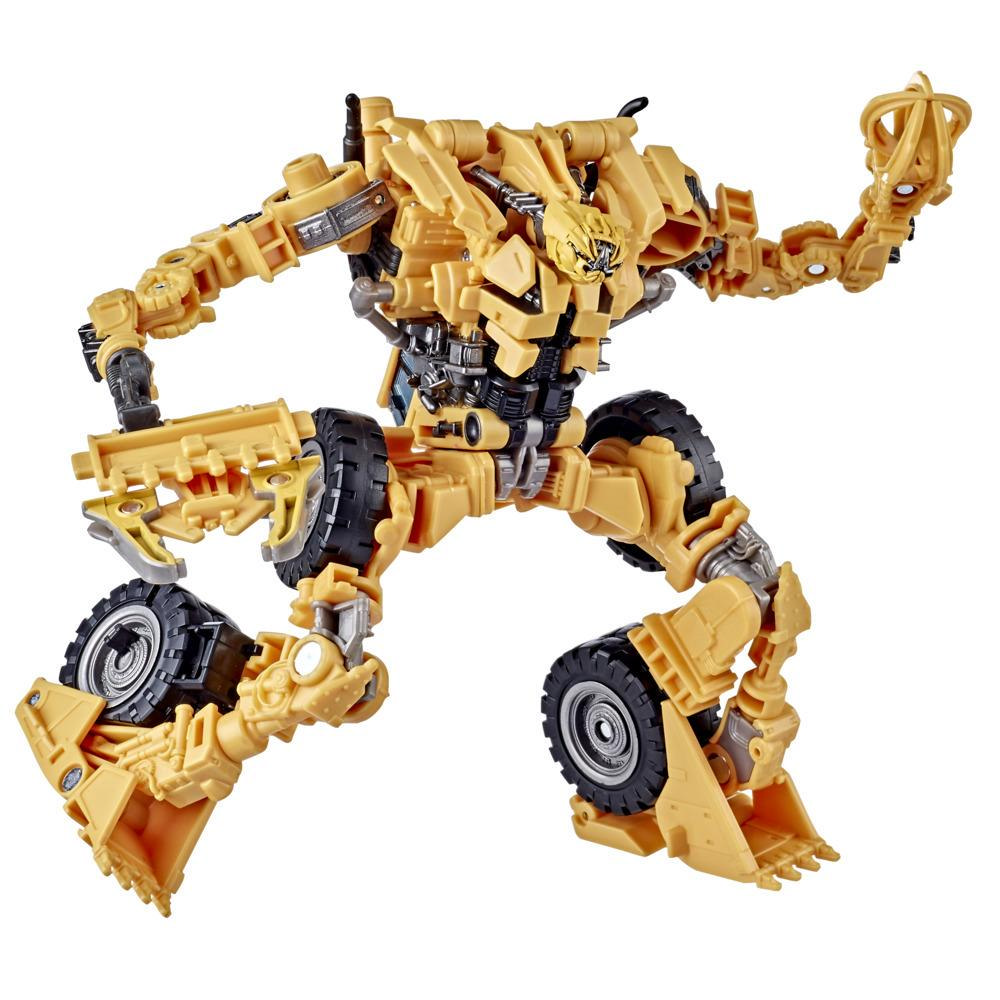 BIG SCREEN INSPIRED: Figure scale reflects the characters size in the world of Transformers: Revenge of the Fallen. Figure and packaging are inspired by the iconic Pyramid Desert Battle scene.

2 ICONIC MODES: Figure features classic conversion between robot and front loader tractor modes in 36 steps. Perfect for fans looking for a more advanced converting figure. For kids and adults ages 8 and up.

REMOVABLE BACKDROP: Removable backdrop displays Constructicon Scrapper figure in the Pyramid Desert Battle scene. Fans can use the backdrop and pose their figures in the scene with their own style.