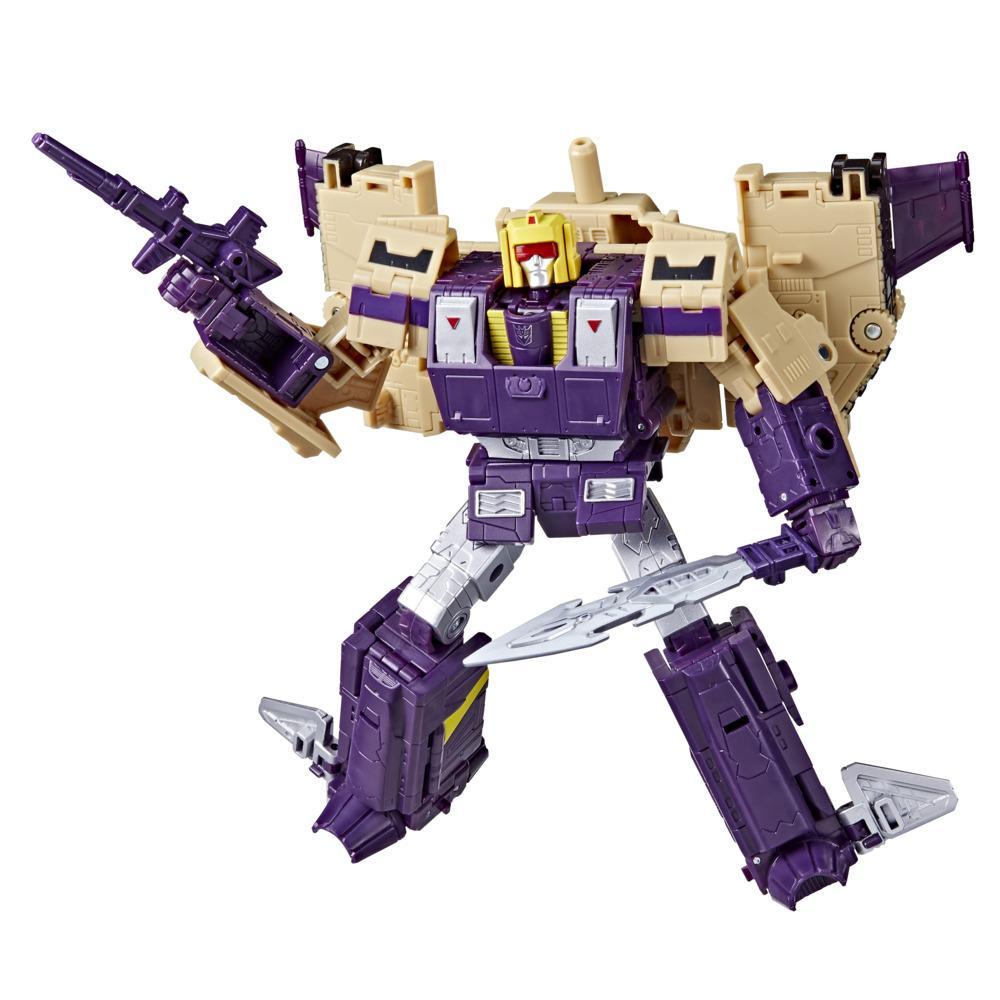 •2 EPIC MODES: Action figure converts from robot to jet mode in 32 steps and from robot to tank mode in 41 steps. Comes with sword and 2 blaster accessories and features rotating turrent in tank mode