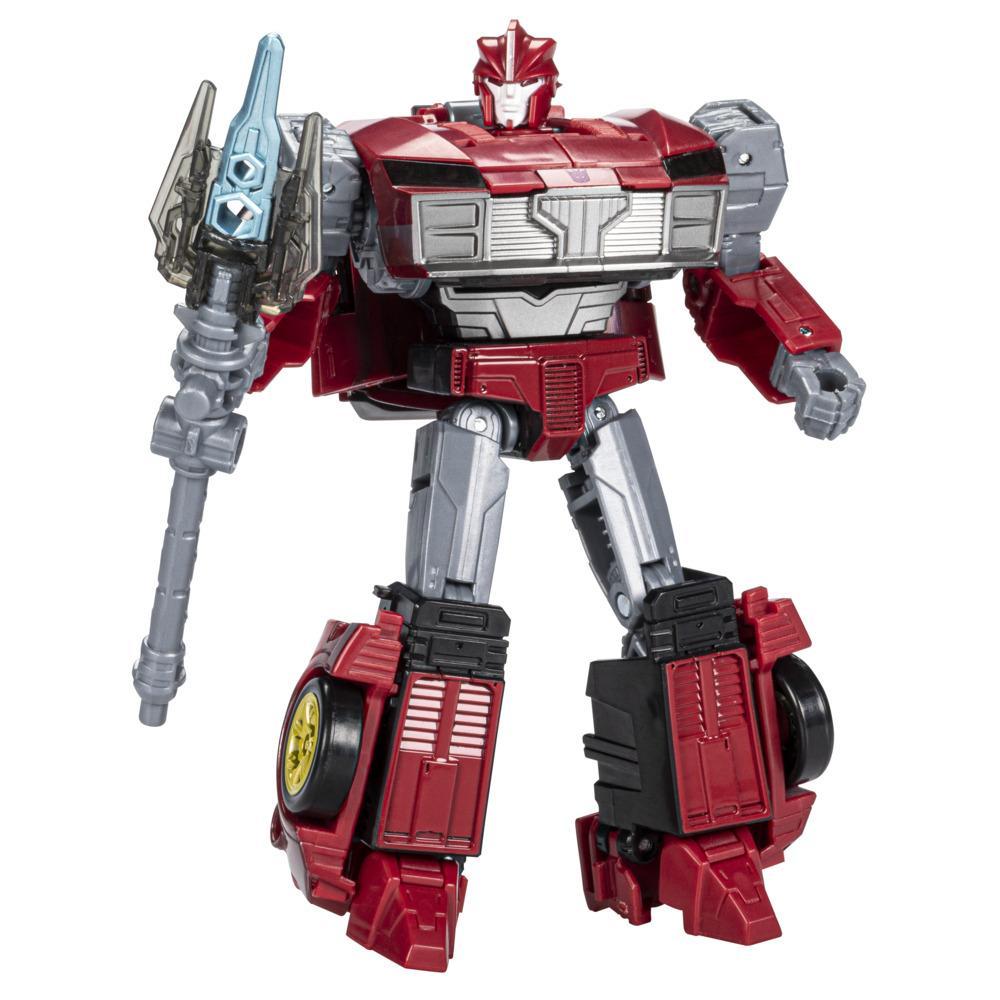 •HARNESS THE POWER OF ENERGON: Gear up with the most powerful substance on Cybertron, Energon! This Transformers Prime Universe Knock-Out figure comes with an Energon shield accessory that attaches as the tip of the battle spear accessory