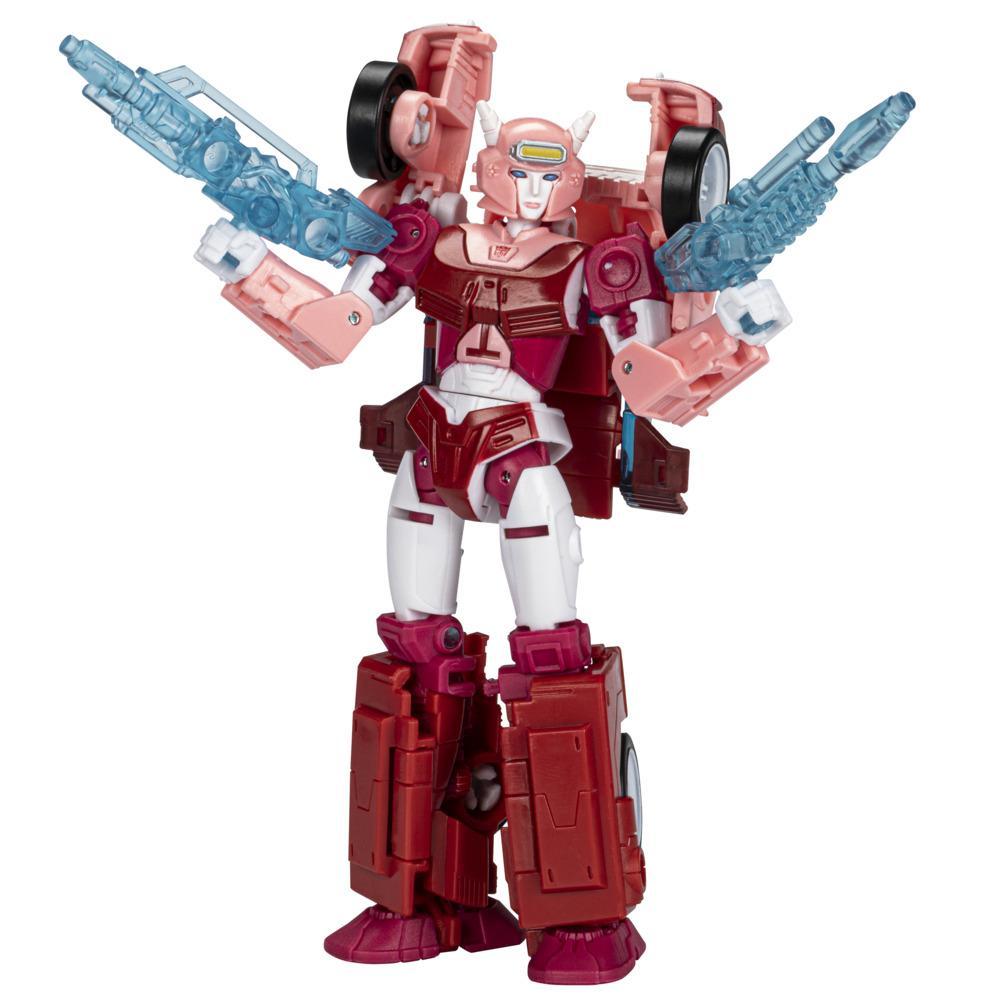 •HARNESS THE POWER OF ENERGON: Gear up with the most powerful substance on Cybertron, Energon! This Transformers Elita-1 figure comes with 2 Energon rifle accessories that attach in both modes