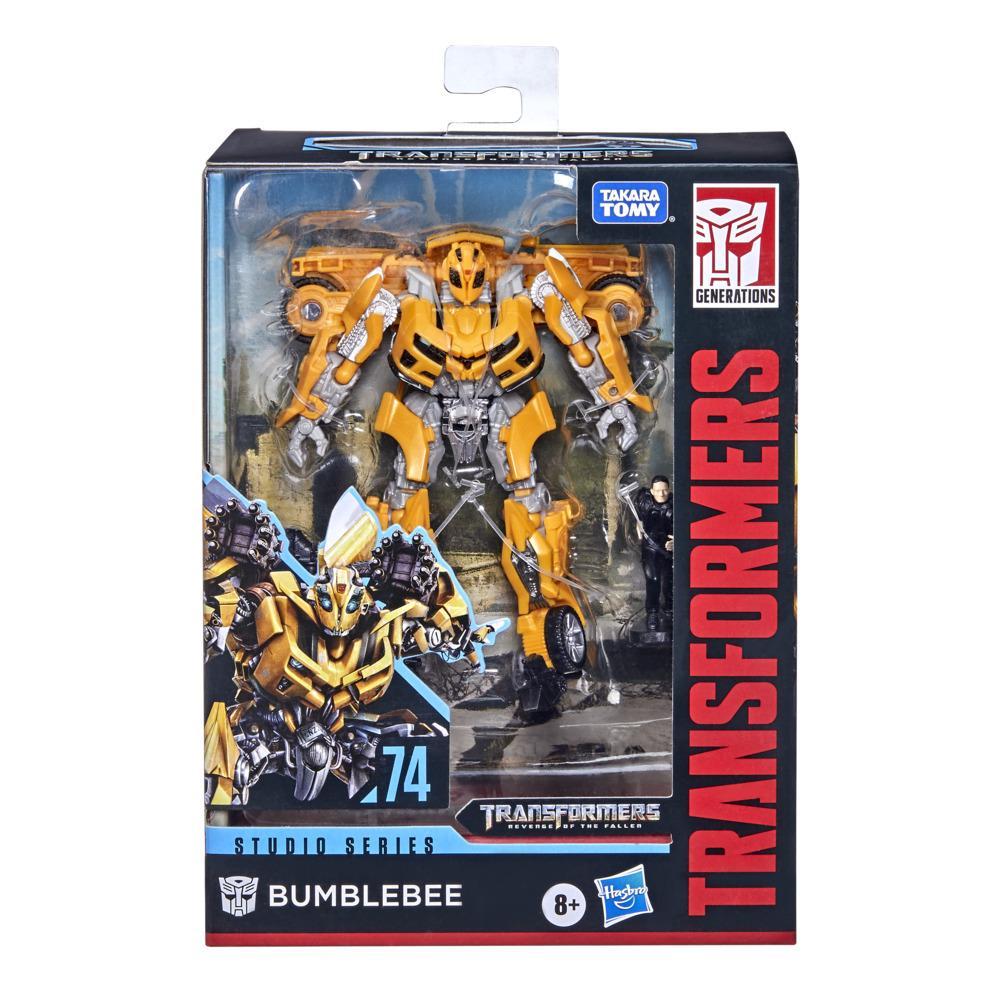 Studio Series has always allowed fans to reach past the big screen and build the ultimate Transformers collection inspired by iconic movie scenes from the Transformers movie universe. Now, the Studio Series line is expanding to include the epic moments and characters from the classic 1986 The Transformers: The Movie, bringing fans a whole new series of screen-inspired figures to collect! (Each sold separately. Subject to availability.) This Studio Series 74 Deluxe Class Bumblebee features vivid, movie-inspired deco and includes a blaster accessory and non-converting Sam Witwicky figure. Bumblebee figure converts from robot to licensed Chevrolet Camaro mode in 39 steps. Remove backdrop to showcase Bumblebee and Sam Witwicky figures in the Pyramid Desert Battle scene. In the Pyramid Desert Battle scene from Transformers: Revenge of the Fallen, Bumblebee takes on both Constructicon Rampage and Ravage to protect Sam Witwicky. Transformers and all related characters are trademarks of Hasbro. CHEVROLET, the BOWTIE logo, CORVETTE and the CORVETTE logo, and CAMARO, are registered trademarks of General Motors, LLC.