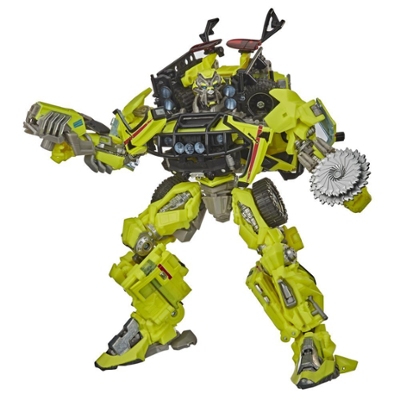 Modeled after the Transformers live action movies, Movie Masterpiece authentic figures feature film-inspired details and accessories, ideal for displaying on collectors’ shelves. This authentic Transformers collectible figure was inspired by the CAD files from the first Transformers film and includes die cast parts and 150 deco ops with more than 35 points of articulation.

CHEVROLET, the BOWTIE logo, CORVETTE and the CORVETTE logo, and CAMARO, and HUMMER, are registered trademarks of General Motors, LLC.

PREMIUM DESIGN: Featuring die cast parts and 150 deco ops with more than 35 points of articulation, this Autobot Ratchet figure was inspired by the CAD files from the first Transformers live action movie

POSE WITH OTHER MOVIE MASTERPIECE FIGURES: Reimagine iconic moments from the Transformers films with other Movie Masterpiece figures. Each sold separately. Subject to availability.