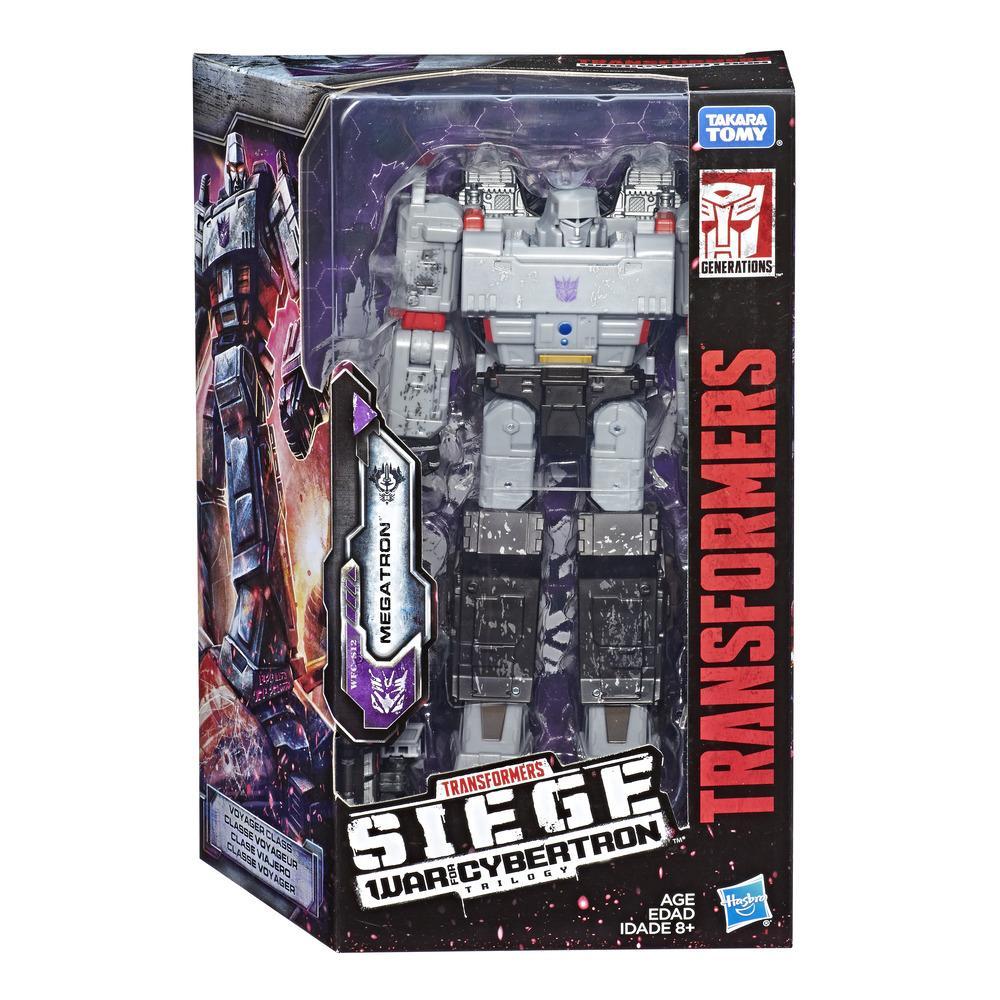 BUILD THE ULTIMATE BATTLEFIELD - The Generations War for Cybertron trilogy introduces an expansive ecosystem of collectible figures. (Each sold separately. Subject to availability). Featuring classic G1 characters, War for Cybertron: Siege plunges fans into the epic fight to survive on the final day of the Autobot and Decepticon battle to control Cybertron. The time of peace is gone.

7-INCH SCALE MEGATRON FIGURE - This articulated Voyager Class WFC-S12 Megatron action figure features classic conversion between robot and Cybertronian battle tank modes in 17 steps. Turret rotates 360 degrees in tank mode. Perfect for fans looking for a more advanced converting figure. The Siege line offers thrilling throwbacks to G1 and exciting new play patterns for all generations. Adult fans nostalgic for the original Transformers animation can explore a whole new chapter of Transformers lore, while young kids can discover classic characters for the first time. Share the experience across generations by uncovering the epic story of War for Cybertron together. For ages 8 years old and up!