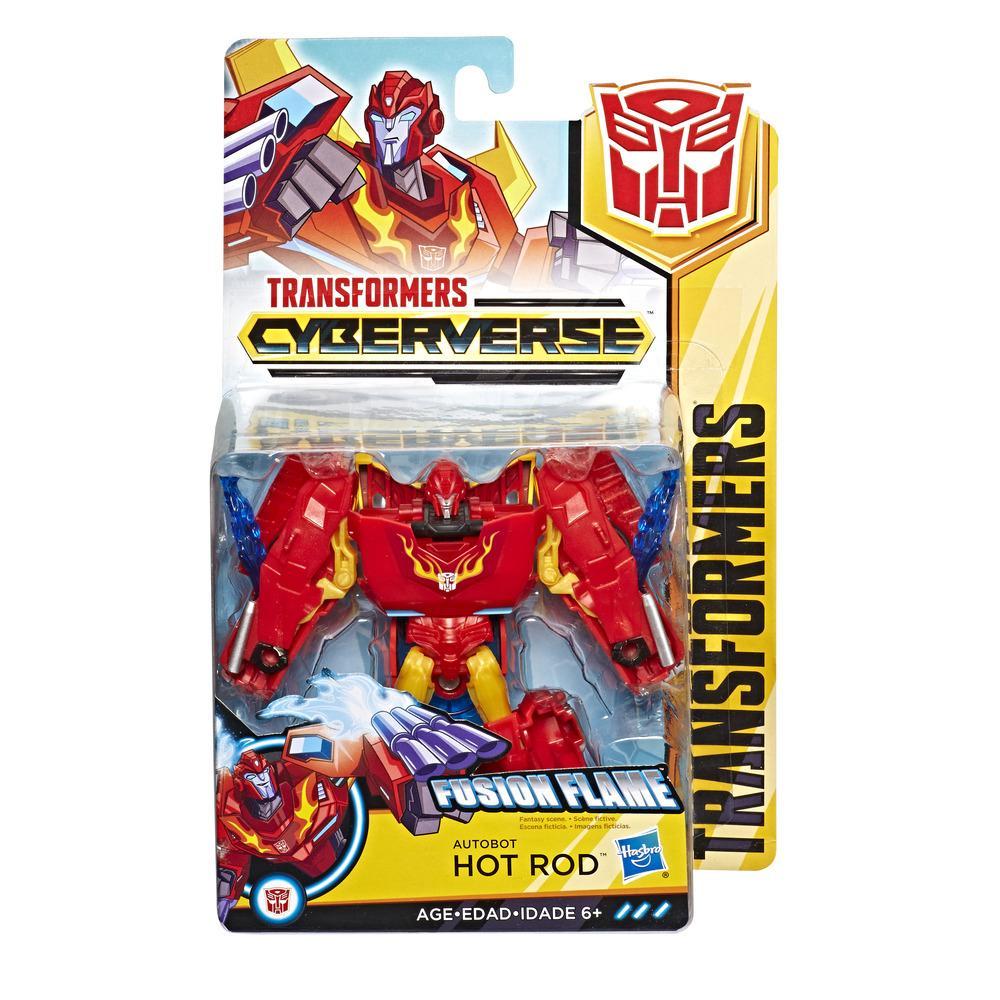 "Picture this: me, on Earth, still cooler than everyone this side of Optimus Prime, but I’ve got zero memories. Now I’m on a mission to recover my memories and discover all of my awesome powers. I’ll have to battle Decepticons, outrun an explosion or two, and be heroic- basically, I’m in for one epic ride across the Cyberverse." --Bumblebee Easily convert and attack with Transformers Cyberverse Action Attackers figures! Simply convert Hot Rod figure from robot to vehicle mode in 7 steps. The last step of conversion activates Autobot Hot Rod figure’s Fusion Flame Action Attack move! Once converted, attack move can be repeated through easy reactivation steps. Kids can collect other Action Attackers figures, each sold separately, to discover the signature attack moves of favorite characters from the Cyberverse series -- one of the best ways to introduce young kids and new fans to the exciting world of Transformers! Transformers and all related characters are trademarks of Hasbro.