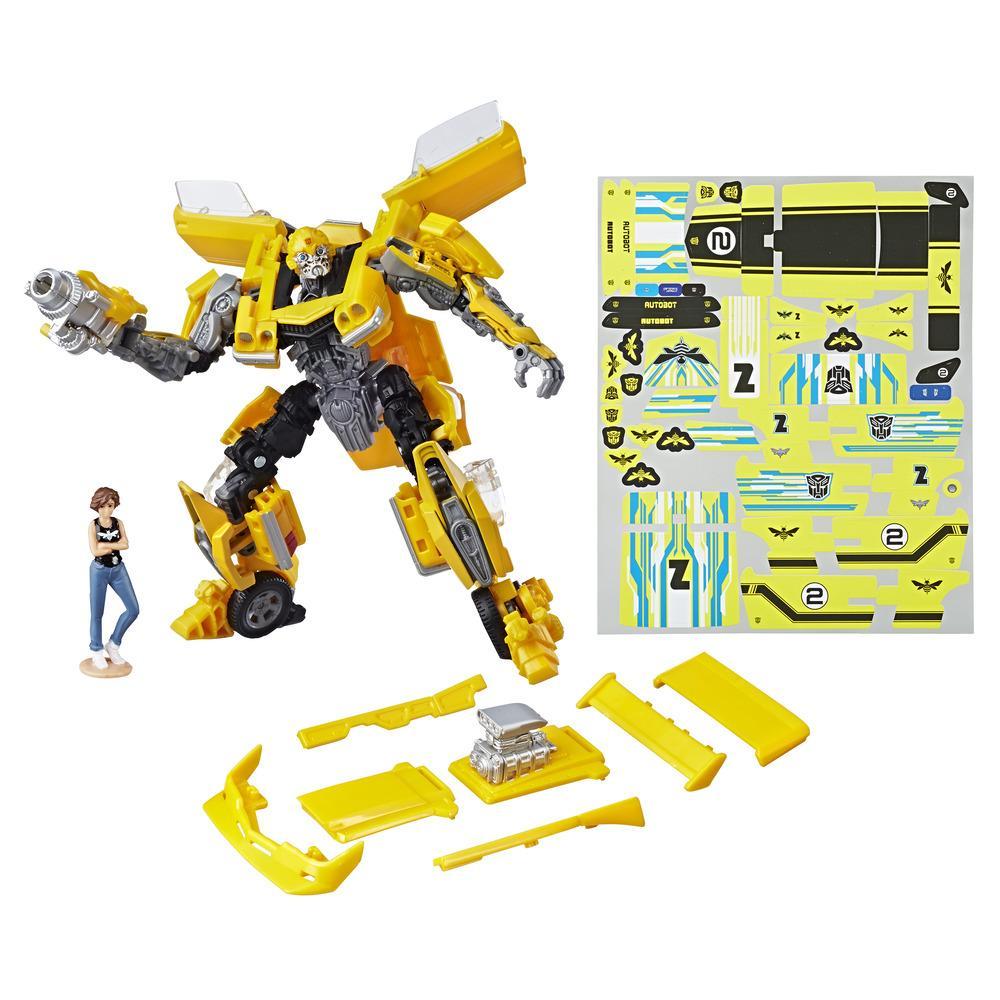 This Studio Series Deluxe Class exclusive features premium figures, each with movie-inspired scale, detail, and backdrop. Figures stand at a scale relative to their character's height in the movie and feature vivid, movie-inspired deco. Each package comes with a movie scene backdrop that can be removed to display the figure on shelf. Fans can use the backdrop and pose their figures in the scene with their own style. CHEVROLET, the BOWTIE logo, CORVETTE and the CORVETTE logo, and CAMARO, are registered trademarks of General Motors, LLC. Transformers and all related characters are trademarks of Hasbro.