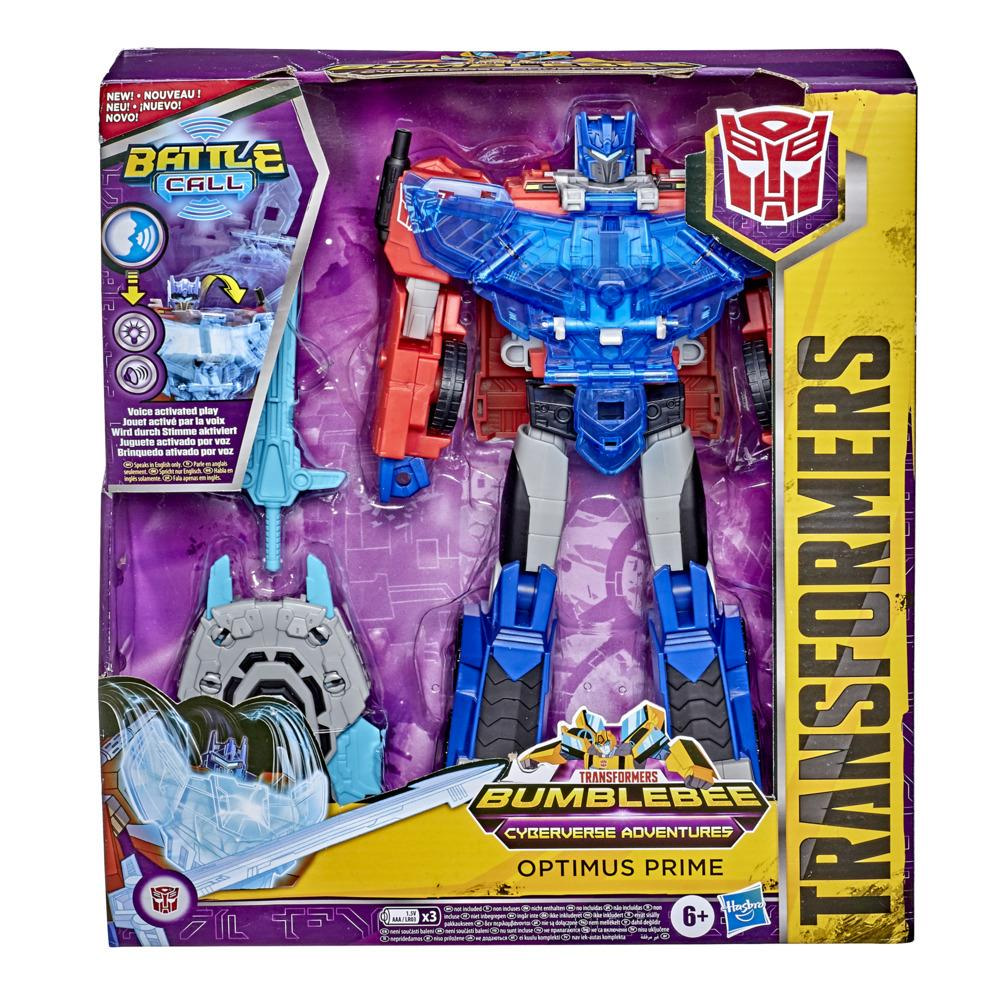 VOICE-ACTIVATED ARMOR FLIPS OUT: Kids voices initiate the Battle Call! Voice activated armor flips out from figures back and onto chest with cool armor up sound effects. Figure lights up.

2-IN-1 CONVERTING TOY: Easy Transformers conversion for kids 6 and up! Convert figure from truck to robot mode in 14 steps. Makes a great gift for kids!