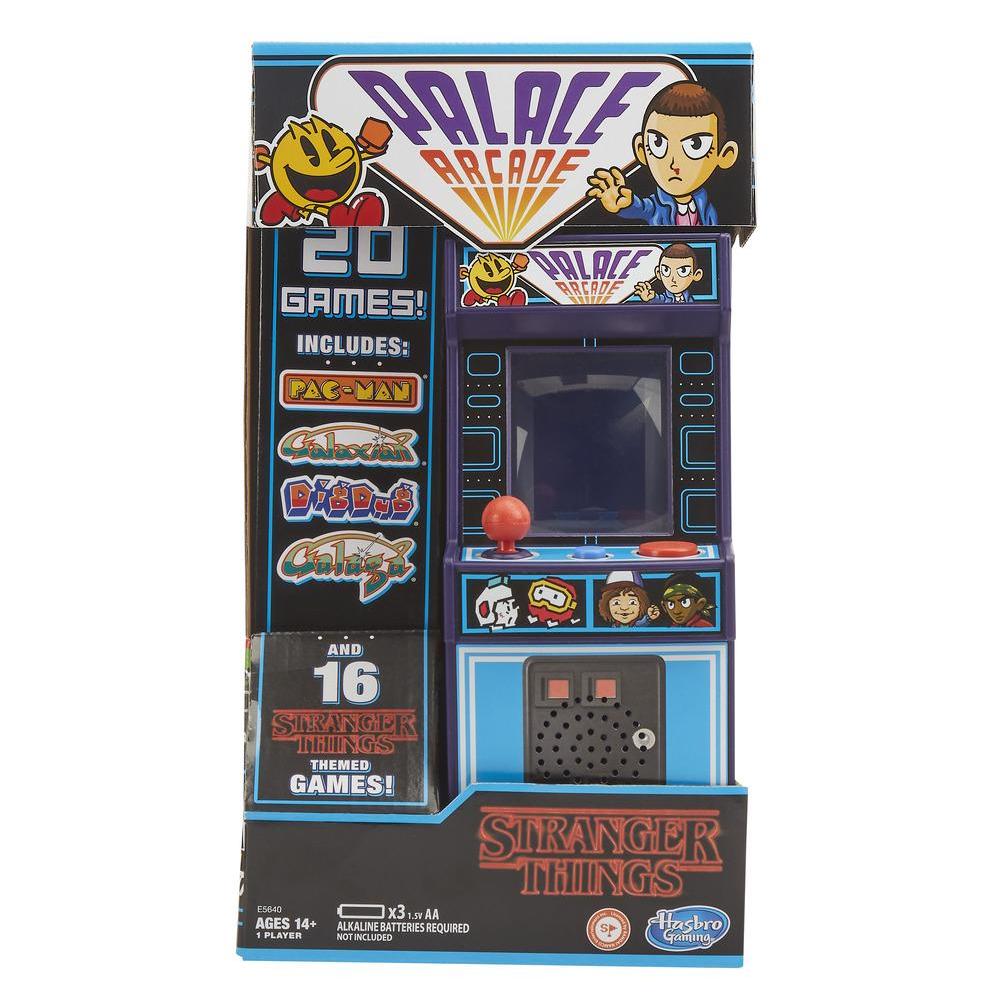 Gamers and fans of Stranger Things can imagine going back to the Golden Age of Video Games that's explored throughout the Netflix Original Series. This portable mini arcade unit is packed with 20 games inspired by nostalgic games from the 1980s. It includes some of the video games that Mike, Will, Lucas, Dustin, Mad Max, and other characters are seen playing within the show. Try your hand at PAC-MAN, DIG DUG, GALAGA, GALAXIAN, and other games inspired by those that were popular in the 80s. Copyright Netflix. DIG DUG, GALAGA, GALAXIAN, PAC-MAN, Registered Trademark and Copyright BANDAI NAMCO Entertainment Inc. Licensed By Bandai Namco Entertainment America Inc. Hasbro Gaming and all related terms are trademarks of Hasbro.