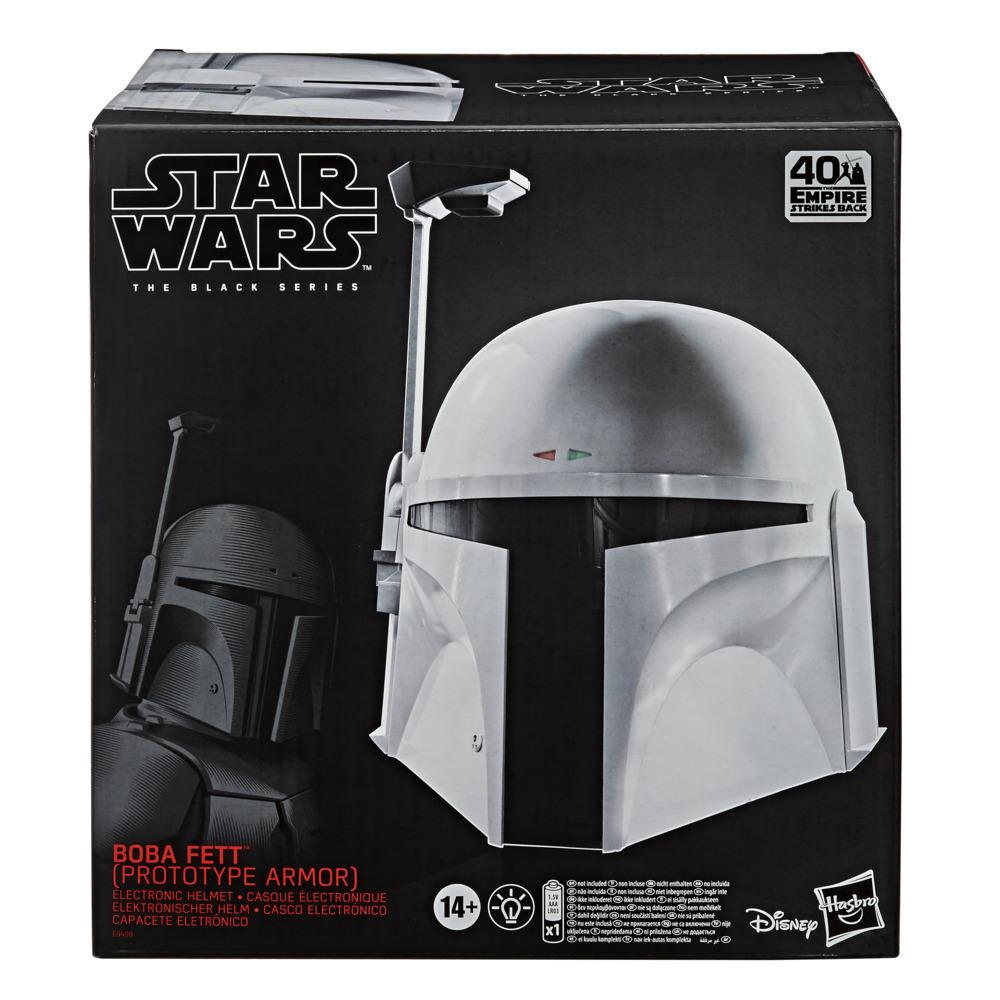 Boba Fett was initially envisioned as a "Super Stormtrooper" with a white look to his iconic Mandalorian armor. Commemorate Star Wars: The Empire Strikes Back with The Black Series Boba Fett (Prototype Armor) Premium Electronic Helmet! This roleplay item with premium detail and movie-inspired design is a great addition to any Star Wars fans collection. Featuring a flip-down rangefinder with flashing LED lights and an illuminated heads-up display (HUD), fans can imagine what it was like for the famous bounty hunter to suit up for galactic action in his all-white Super Strormtrooper armor! Star Wars products are produced by Hasbro under license from Lucasfilm Ltd. Hasbro and all related terms are trademarks of Hasbro.

BOBA FETT (PROTOTYPE ARMOR): Boba Fett was initially envisioned as a "Super Stormtrooper" with a white look to his iconic Mandalorian armor

ILLUMINATED RANGEFINDER HEADS-UP DISPLAY (HUD): With the press of a button the rangefinder drops down, activating 2 red LEDs that flash in a hunting pattern as well as a white LED-illuminated heads-up display

LOOK FOR OTHER ROLEPLAY ITEMS FROM A GALAXY FAR, FAR AWAY: Look for movie- and entertainment-inspired Star Wars The Black Series roleplay items to build a Star Wars galaxy (Each sold separately. Subject to availability)