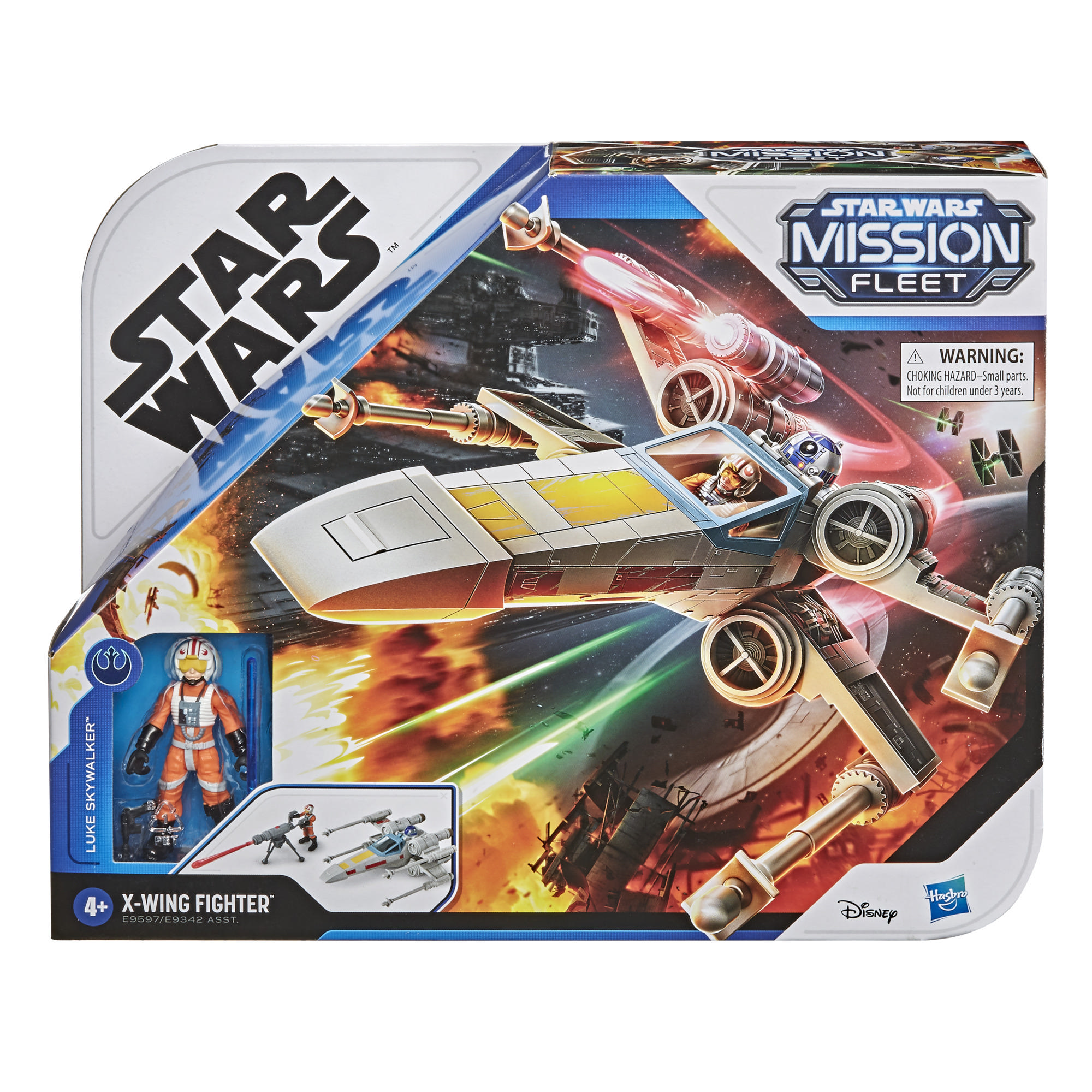 During the Battle of Yavin, Luke Skywalker piloted an X-wing fighter under the call sign Red Five. The Rebels suffered heavy losses, and Darth Vader entered the fray in his TIE Advanced! Blast off into a galaxy of adventure with the Star Wars Mission Fleet figures and vehicles! These fun figures and vehicles allow kids to imagine action-packed battles between the dark side and the light side of the Force. Star Wars Mission Fleet toys are kid-friendly and make a great introduction to the Galaxy of Star Wars for boys and girls ages 4 and up! (Additional products each sold separately. Subject to availability.) May the Force be with you! Star Wars products are produced by Hasbro under license from Lucasfilm Ltd. Hasbro and all related terms are trademarks of Hasbro.

LUKE SKYWALKER AND X-WING FIGHTER: Under the call sign Red Five, Luke Skywalker piloted an X-wing fighter during the Battle of Yavin on a mission to destroy the Death Star

X-WING SPACE CHASE: Boys and girls ages 4 and up will love pretending to battle the forces of the dark side with the Luke Skywalker X-wing Fighter X-wing Space Chase figure and vehicle

REPOSITIONABLE PROJECTILE LAUNCHER: Kids can pretend to blast away at the dark side with a projectile launcher that can be attached to the vehicle at multiple points or mounted on the included tripod accessory