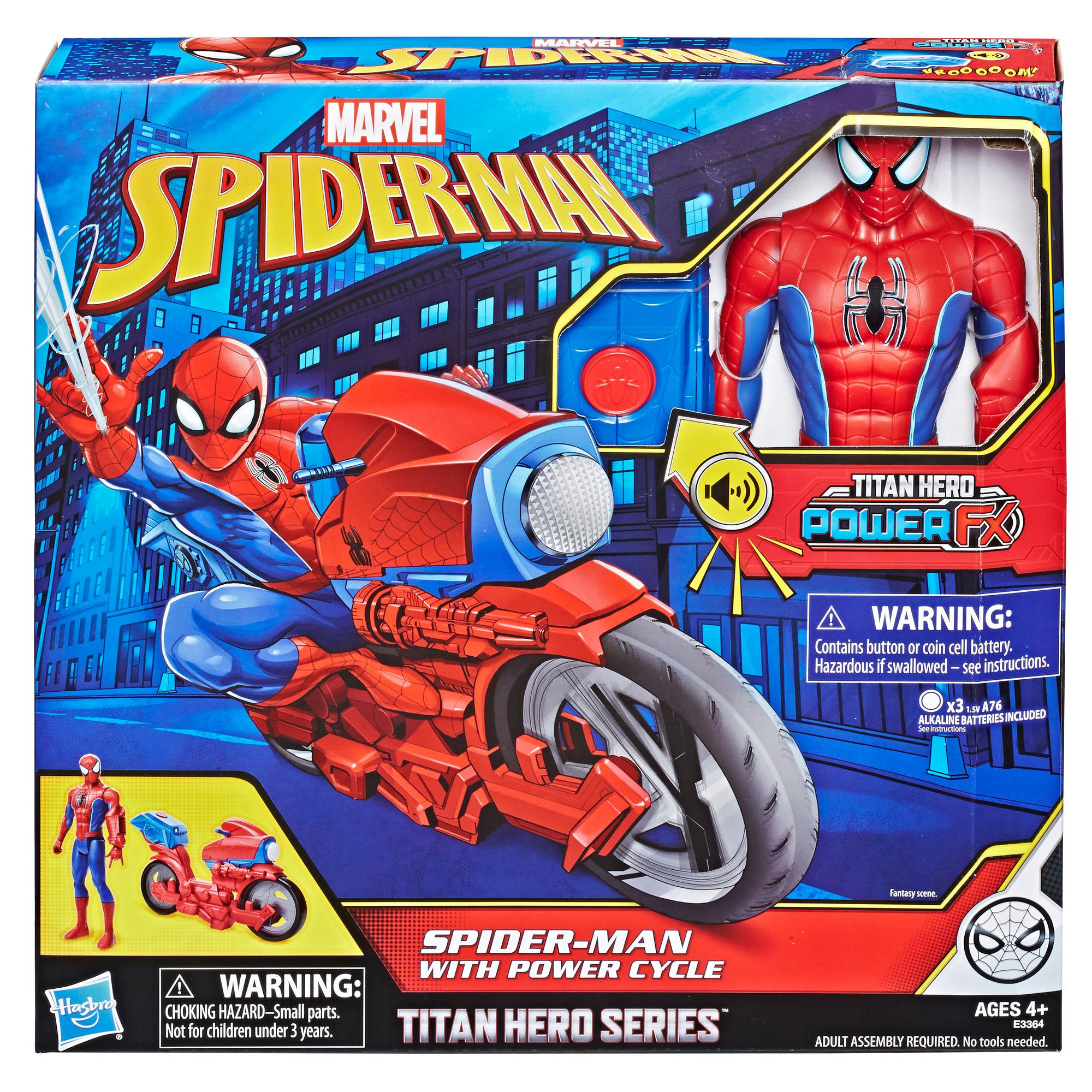 THE SPIDER-MAN EVERYONE LOVES Spider-Man is a classic Marvel universe character featured in comic books, animated series, and movies. The design of this 12-inch figure is inspired by Spider-Man's classic look. Imagine swinging through the city with the spider-powered hero as he shoots webs at his enemies with the Titan Hero Series Spider-Man Figure.