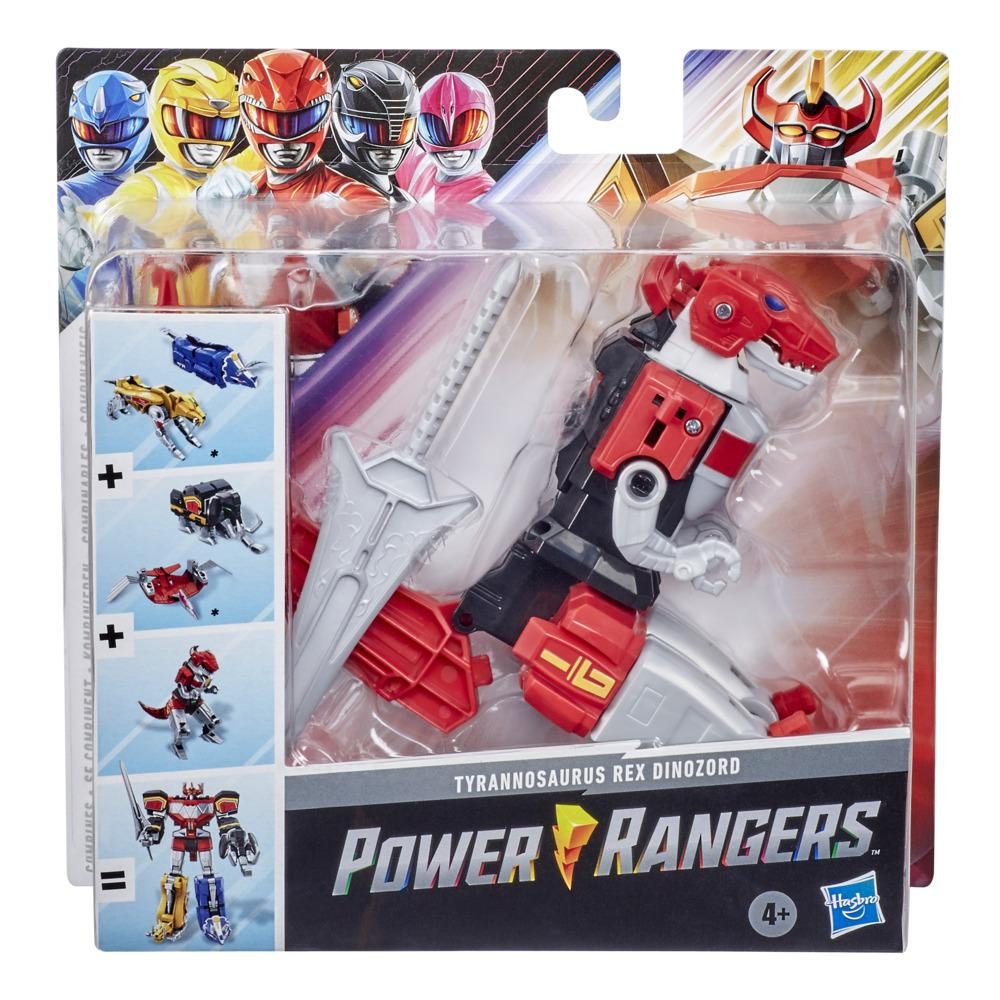 The Tyrannosaurus Rex Dinozord carries the Mighty Morphin Red Ranger into battle to protect the Earth! Kids can imagine the Red Ranger blasting into battle and joining his teammates to form the Dino Megazord! (Other figures each sold separately. Subject to availability.) ITS MORPHIN TIME! From the Beast Morphers back to the original Mighty Morphin Power Rangers, the Power Rangers have brought teamwork, action, and adventure to generations of fans. The legacy continues with figures, vehicles, collectibles, and roleplay toys from Hasbro, celebrating ranger teams from Mighty Morphin to the Beast Morphers. Imagine all the action of Power Rangers with toys from Hasbro! Copyright 2020 SCG Power Rangers LLC. Hasbro and all related terms are trademarks of Hasbro.

INSPIRED BY MMPR: The Mighty Morphin Red Ranger calls upon his powerful Zord to lead the Rangers into battle