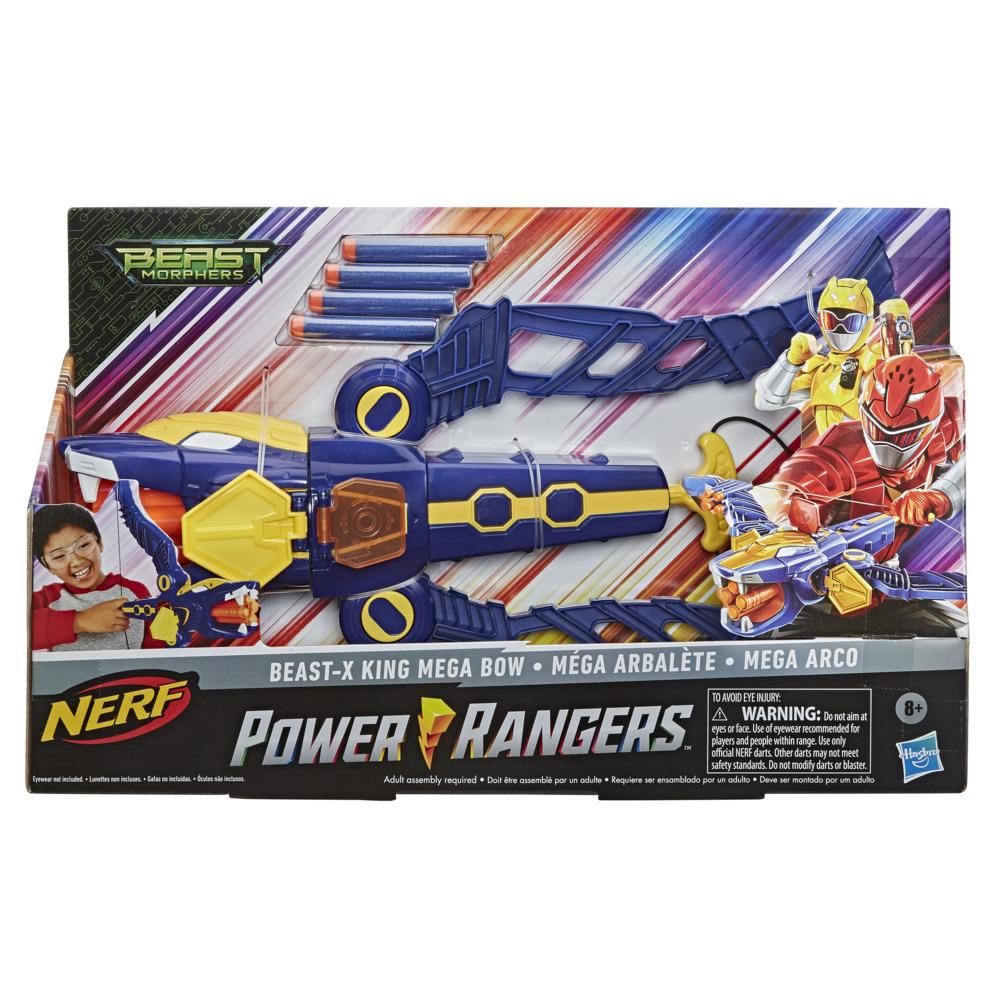 In the Power Rangers Beast Morphers series, Rangers morph into their superhuman form by activating their Morpher. Now kids can imagine that they're activating their battling Evox and his monsters with the Beast-X King Mega Bow toy. Pull back the string and blast Nerf darts while pretending to battle giant monsters! Play in bow mode or crossbow mode. Go Go Power Rangers! Eyewear recommended. Not included. Copyright 2019 SCG Power Rangers LLC and Hasbro. Hasbro and all related terms are trademarks of Hasbro.

AS SEEN ON POWER RANGERS BEAST MORPHERS: The Power Rangers use the Beast-X King Mega Bow to battle their enemies

DART BLASTING ACTION: The Beast-X King Mega Bow toy, inspired by the series, features dart blasting action so kids can imagine that they're ready to battle monsters as a Power Ranger

INCLUDES 4 DARTS and 2 MODES: The Beast-X King Mega Bow comes with 4 Nerf darts. Kids can play in bow mode and crossbow mode to pretend they're a Power Ranger