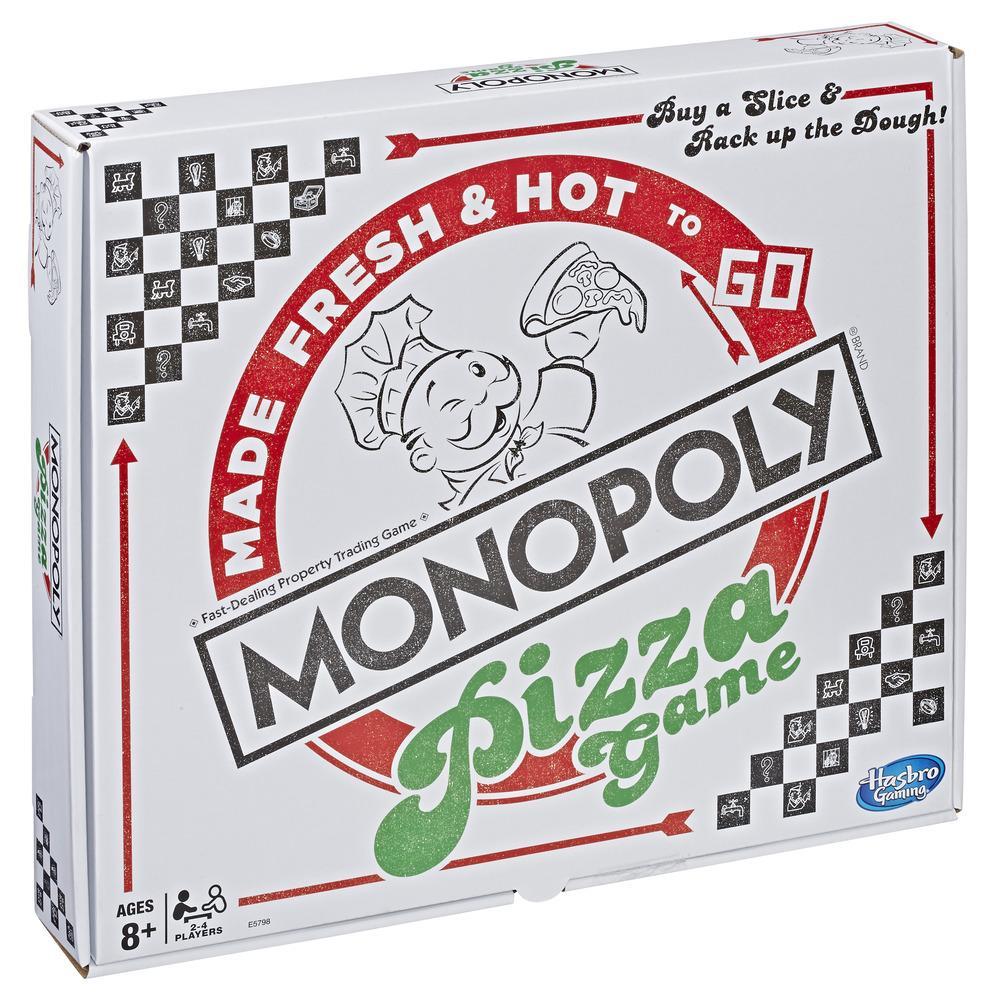 Who wants pizza? In this Monopoly Pizza board game, players move around the gameboard, trying to buy as many types of pizza as they can -- from classic pepperoni or spinach to mushroom. Instead of buying up properties, players aim to collect a color set, which corresponds to a type of pizza such veggie love's, barbecue chicken or even mac and cheese. A full set of flavors combines to make an awesome new pizza, giving those cards a higher value at the end of the game. At the end of the game, the player who collected the most pizza slices wins. The Monopoly Pizza game makes a great gift for kids ages 8 and up, and is fun way to entertain the kids whether you're stuck inside on a rainy day, or gathering together for family game night.