Enter a product name, description, or keyword to find instructions.

all instructions for "Avalon Hill Diplomacy Cooperative Strategy Board Game, Ages 12 and Up, 2-7 Players" 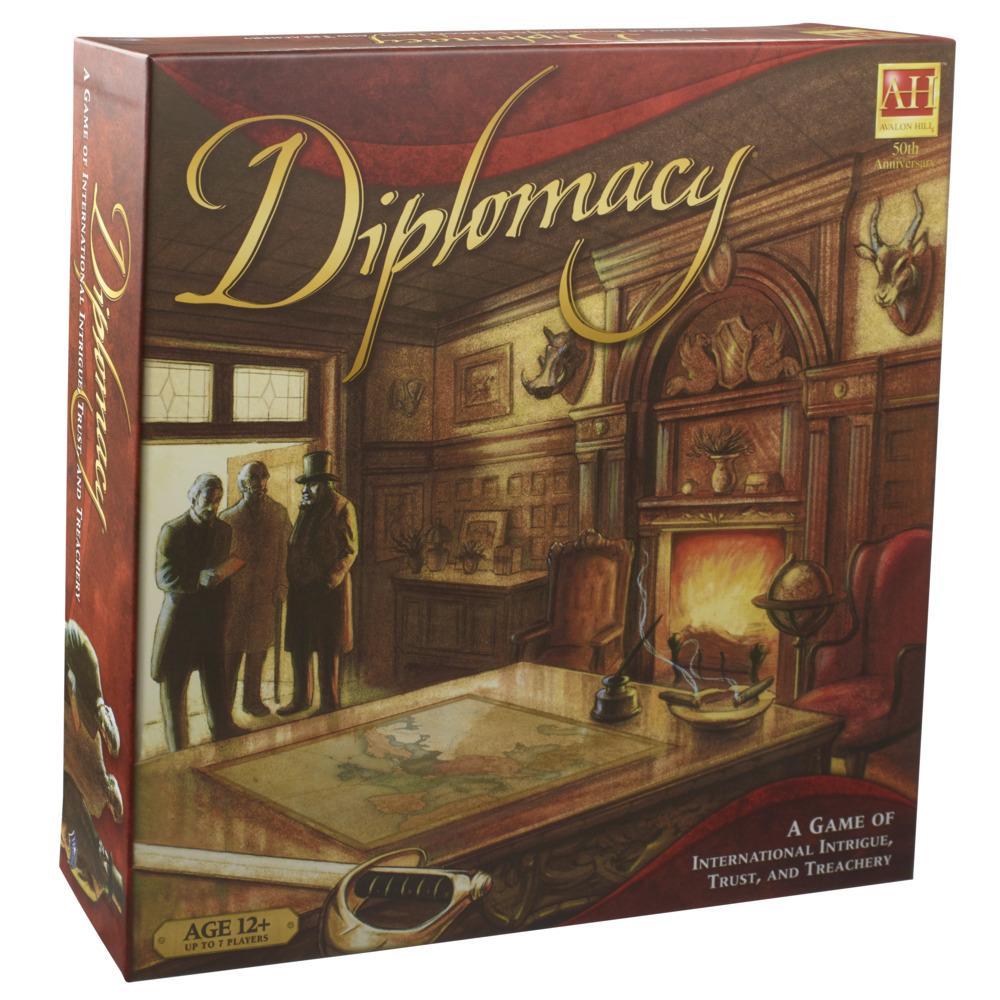 The Avalon Hill Diplomacy cooperative board game is a game of negotiation, cunning, and deceit. Through making deals and forming alliances, you'll expand your empire over pre-World War I Europe. You'll have to watch your back as you make and break deals, un-hatch traitorous plots, negotiate, and outwit others to gain dominance of the continent. It's a strategy game in which players must rely on their own cunning and cleverness, not the luck of the dice, to determine the outcome. It's a great choice for those who love multi-player strategy games, European political games, and cooperative board games. For 2-7 players, ages 12 and up, and can take about 6 hours to play. Avalon Hill and all related trademarks and logos are trademarks of Hasbro, Inc.

Some of our vintage or prior versions of toy and game instructions may be more difficult to decipher or have less clarity. If you have any concerns or questions please contact our consumer care department at https://consumercare.hasbro.com/en-us