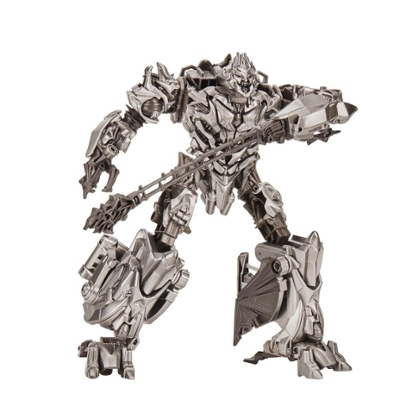 In the Mission City Battle scene from Transformers: Movie 1, Megatron stalks the skies in search of Sam Witwicky and the Allspark.