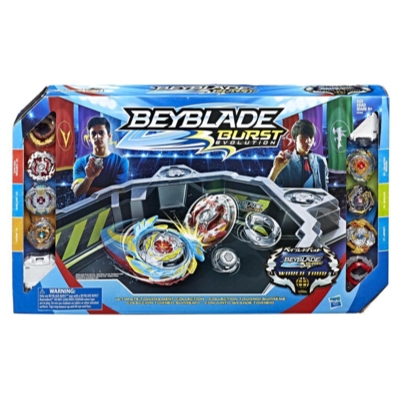 Get ready to battle with everything needed for an epic championship tournament! Ultimate Tournament Collection includes:

6 SwitchStrike tops (3 right-spin, 2 left-spin, 1 right/left-spin) used by the World Championship contenders in season 2 of the animation!