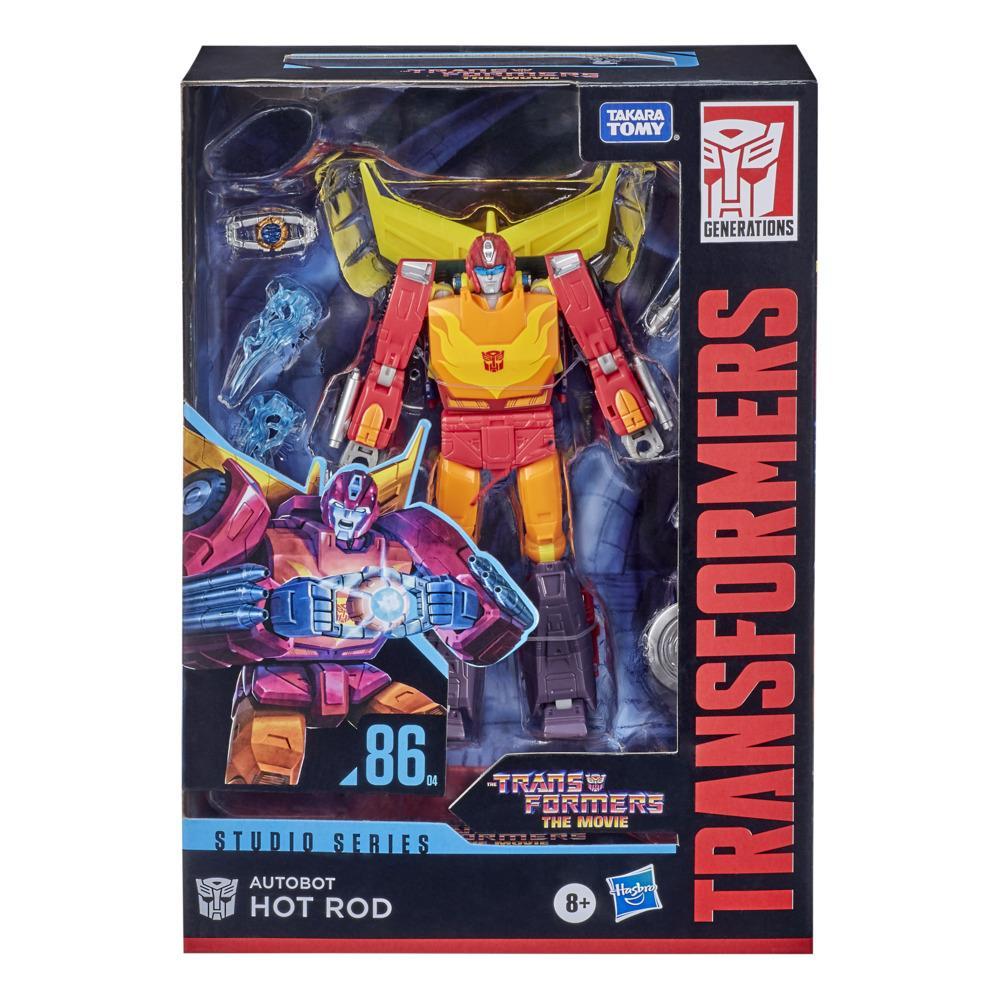 This Studio Series 86 Voyager Class The Transformers: The Movie-inspired Autobot Hot Rod figure converts from robot to sports car mode in 29 steps. Remove backdrop to showcase Hot Rod in the The Depths of Unicron scene. In the The Depths of Unicron scene from The Transformers: The Movie, Hot Rod embraces his destiny, becoming Rodimus Prime and defeating Unicron. Pose the figure out with the included Matrix of Leadership and attach the energy effect to recreate this classic movie moment.