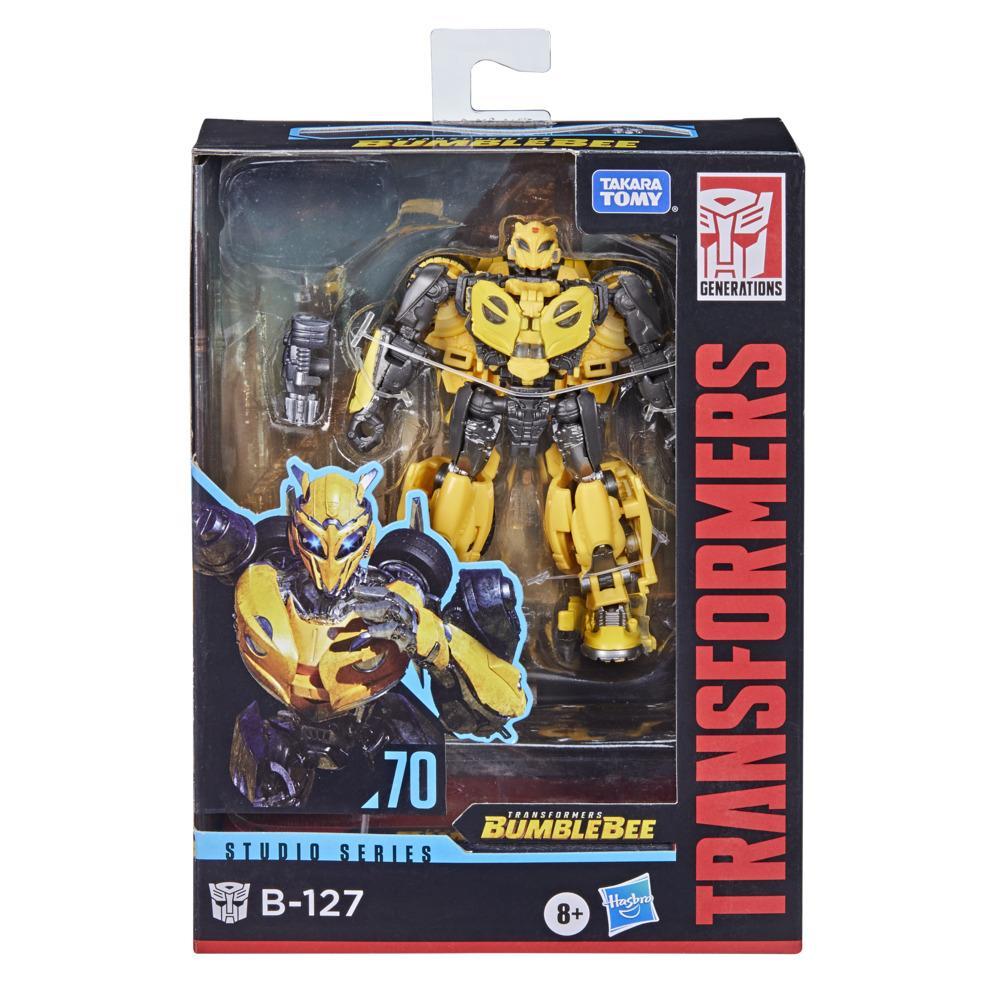 This Studio Series 70 Deluxe Class Transformers: Dark of the Moon-inspired B-127 figure converts from robot to Cybertronian vehicle mode in 20 steps. Remove backdrop to showcase B-127 in the Cybertron Falls scene. In the Cybertron Falls scene from Transformers: Bumblebee, the Autobots must fall back and escape from the planet as the Decepticons take Cybertron. Optimus Prime assigns Autobot scout B-127 an important mission: to establish a base on a well-hidden planet called Earth. Pose the figure out with the included blaster accessory and imagine recreating this classic movie moment!