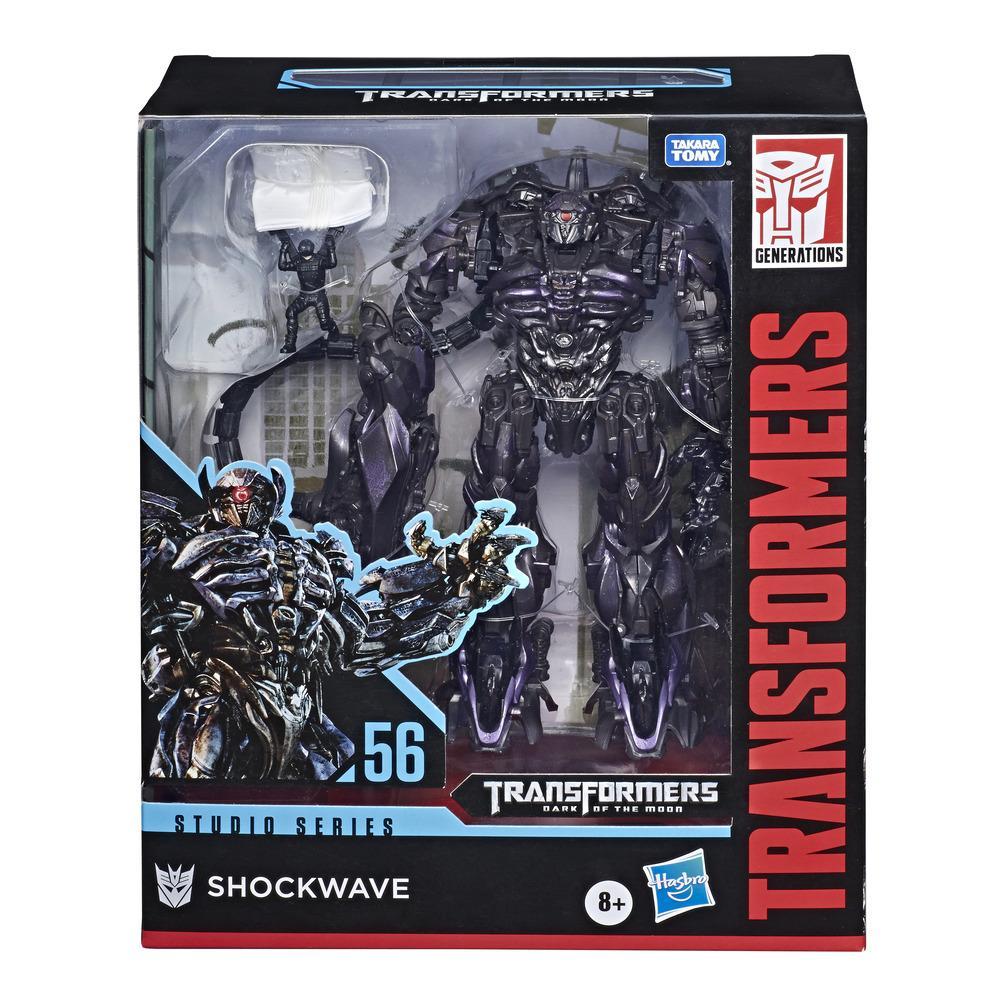 In the Battle of Chicago scene from Transformers: Dark of the Moon, paratroopers descend on Shockwave to stop his assault on Chicago.

This Studio Series 56 Leader Class Shockwave figure features vivid, movie-inspired deco and converts from robot to cannon mode in 17 steps. Remove backdrop to showcase Shockwave in the Battle of Chicago scene. Includes 3 detailed accessories. For kids age 8 and up!