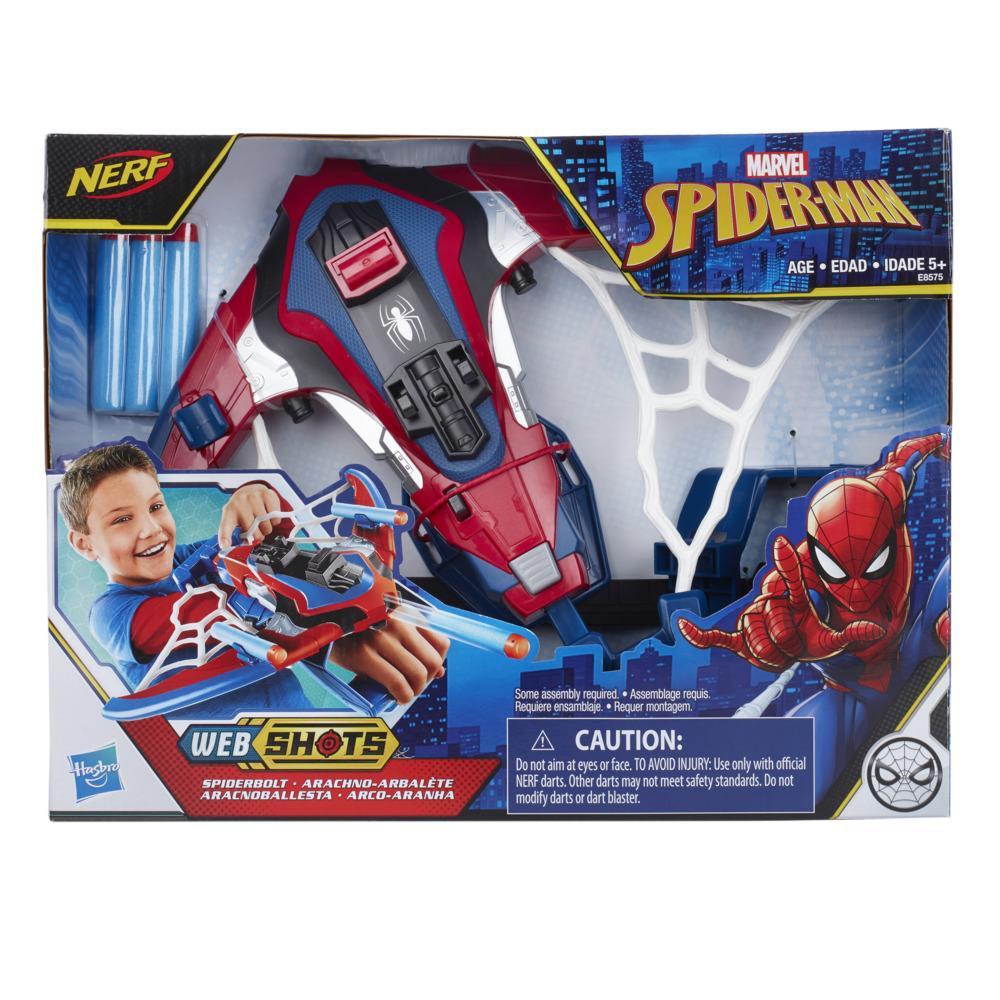 Imagine swinging into the newest Spider-Man adventure with Spider-Man figures, vehicles, and roleplay items inspired by the Marvel comics. With this comics-inspired line of toys, kids can imagine the web-slinging, wall-crawling action as Spider-Man faces new challenges and new villains. Additional products each sold separately.  Subject to availability.

With the Web Shots Spiderbolt blaster, kids can imagine gearing up with a web-styled blaster inspired by Spider-Man and his awesome inventions. Launch NERF darts and imagine Spider-Man battling his enemies! Plus, attach the Spiderbolt blaster to any of the Web Shots Gear (Each sold separately. Subject to availability) for even more blasting action!