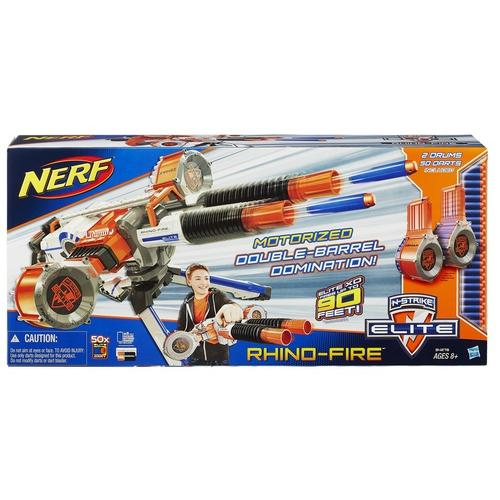 Dominate any battlefield with the double-barrel assault of the Rhino-Fire blaster! You can launch a blizzard of darts at targets up to 90 feet away from the blasters two barrels, and its motorized firing puts you in control of the rate of fire! The blasters 2 drums hold 25 darts each, and comes with 50 Elite Darts. Remove the tripod when youre on the move or attach it to steady your shots when youre firing from a secure location. Youll overwhelm the competition with the motorized, rapid-firing Rhino-Fire blaster!

Nerf and all related characters are trademarks of Hasbro.