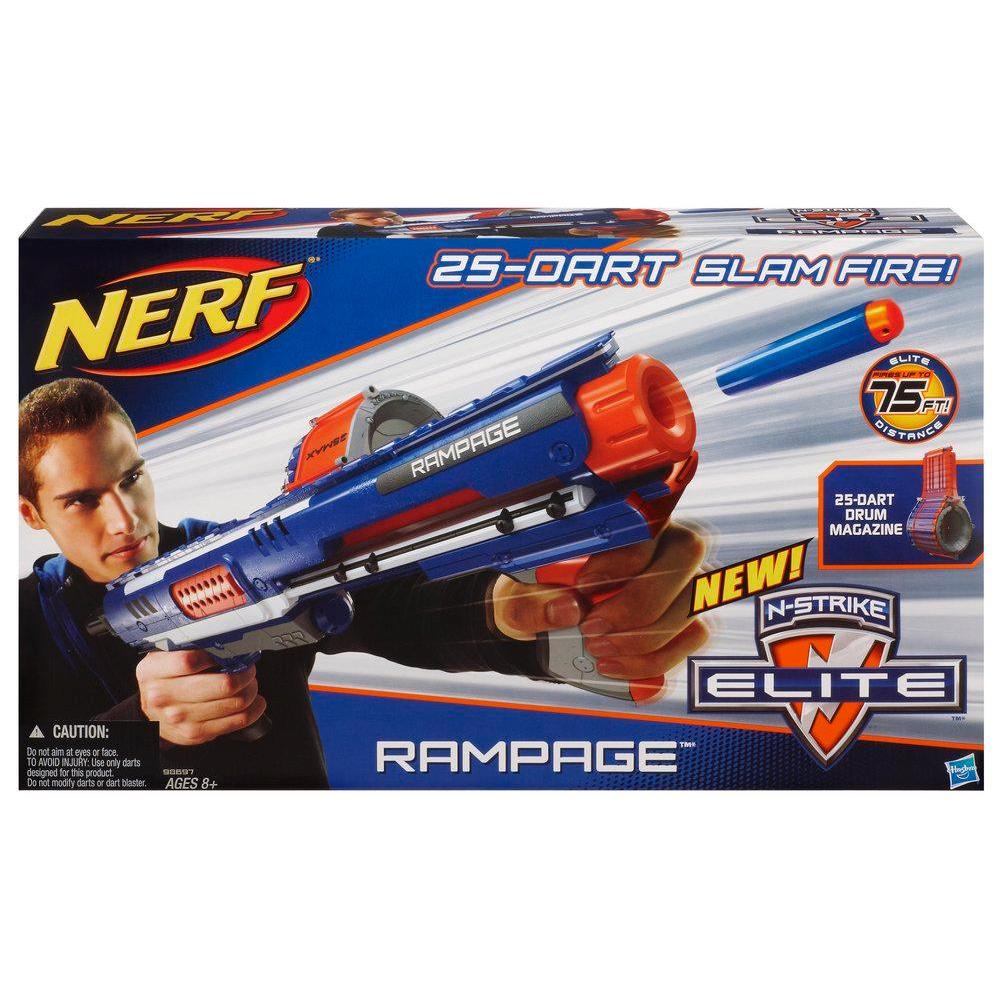 Incredible SLAM FIRE action is yours with the 25-dart RAMPAGE blaster. Load up the 25-dart drum with Elite Darts and take out your targets with a storm of darts launched as fast as you can slide the SLAM FIRE Handle.

N-STRIKE ELITE blasters are the ultimate in blaster performance. Featuring upgraded distance and the revolutionary Elite Dart, this is the final word in today's blaster technology. When your mission requires heavy coverage, the RAMPAGE blaster brings the power you need. An elite, in your hands with a high-capacity drum and total control over your rate of fire! Unleash a nonstop stream of darts by holding down the trigger and sliding the SLAM FIRE Handle rapidly back and forth. Or use the 25-dart drum to upgrade any other Clip System N-STRIKE blaster (each sold separately).

Load the high-capacity drum with up to 25 Elite Darts, and snap it into your RAMPAGE blaster. Two firing modes give you total control over your rate of fire. Launch one dart at a time for precision missions, or unleash a steady stream of darts by holding the trigger down while sliding the SLAM FIRE Handle rapidly back and forth. N-STRIKE ELITE power gives you a range of up to 75 feet, so you can accomplish any mission!

The RAMPAGE blaster features N-STRIKE ELITE power, which can launch an Elite Dart up to 75 feet. The high-capacity drum holds up to 25 Elite Darts, and can work with any Clip System N-STRIKE blaster (each sold separately). The SLAM FIRE Handle lets you launch one dart at a time, or a steady stream of rapid fire.