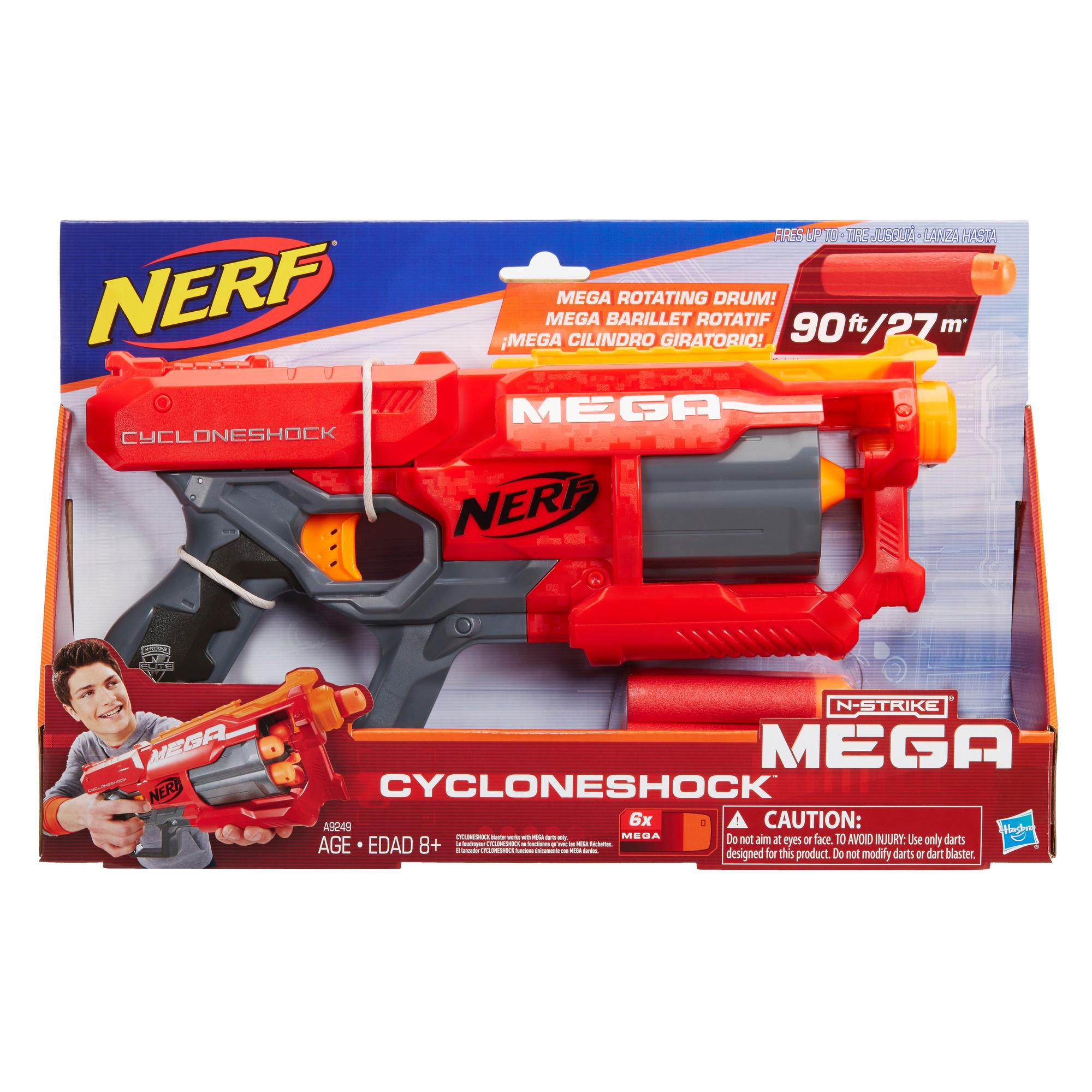 Experience the excitement, energy, and attitude of the Nerf brand, and find out why It's Nerf or Nothin'. Nerf N-Strike Mega blasters feature bigger darts that are engineered to fire farther than ever. Unleash bigger darts for bigger battles! Take aim with the Nerf Mega CycloneShock blaster to unleash screaming Mega darts from the rotating drum!

The Nerf N-Strike Elite Mega CycloneShock blaster has a rotating, 6-dart drum so you can fire 6 darts in a row without reloading. Load the drum with 6 Mega Whistler Darts, pull the slide back and release it, then take aim and pull the trigger to send 1 dart screaming through the air. The blaster's drum rotates each time you fire a dart, so you can unleash all 6 Mega-sized darts onto the battlefield without reloading the blaster!

Fire Mega darts that scream through the air

Launch 6 darts in a row without reloading

Blast Mega darts up to 90 feet