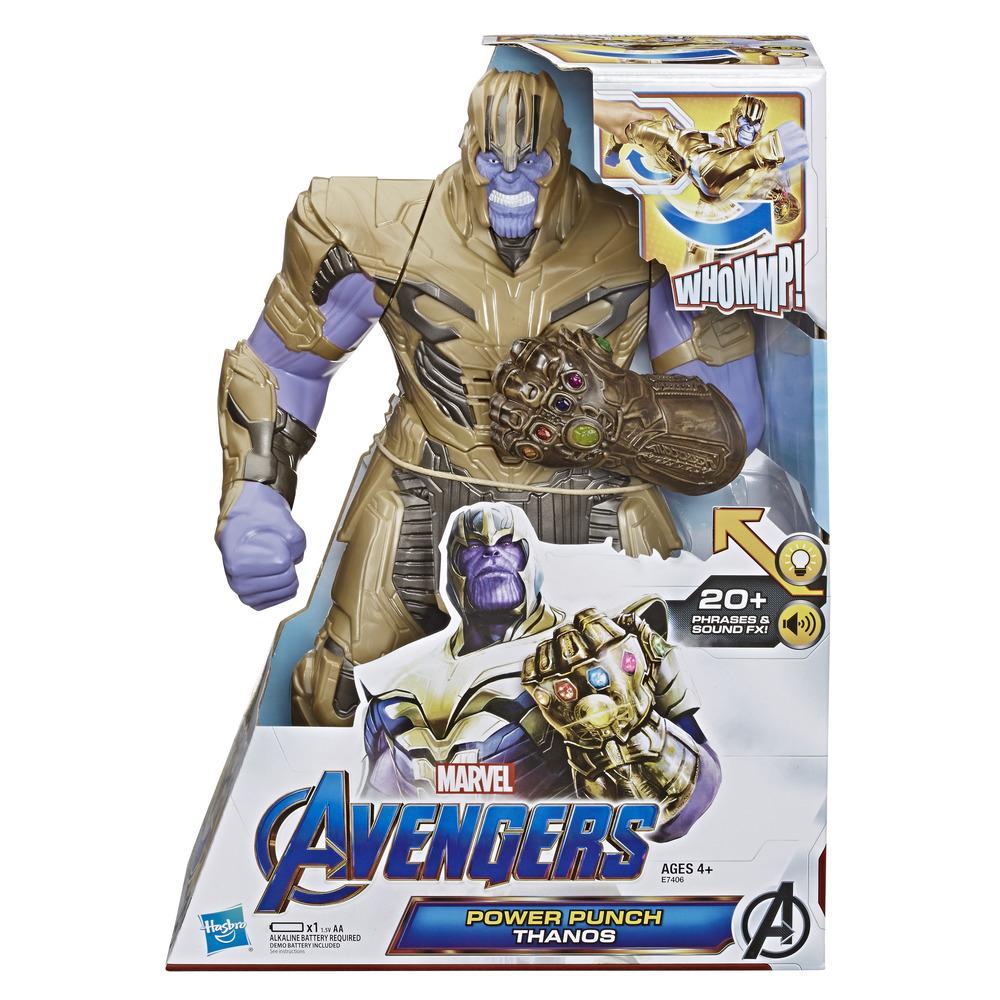 The Mad Titan Thanos will stop at nothing to gain control of the 6 Infinity Stones, intending to use their power to bend the universe to his will.

Avengers: Endgame is the next chapter in the Marvel Avengers movie franchise, which includes blockbusters like Avengers: Infinity War. The Marvel Cinematic Universe features heroes like Hulk, Spider-Man, Iron Man, Captain Marvel, and Black Panther. With Avengers: Endgame-inspired toys fans and collectors can imagine their favorite characters fighting in epic battles to protect the universe.

This 13.75-inch Power Punch Thanos figure features over 20 sounds and phrases from the Avengers: Endgame movie. The Thanos figure's pull back and release punch action allows fans to imagine Thanos battling the Avengers in his quest for the Infinity Stones.