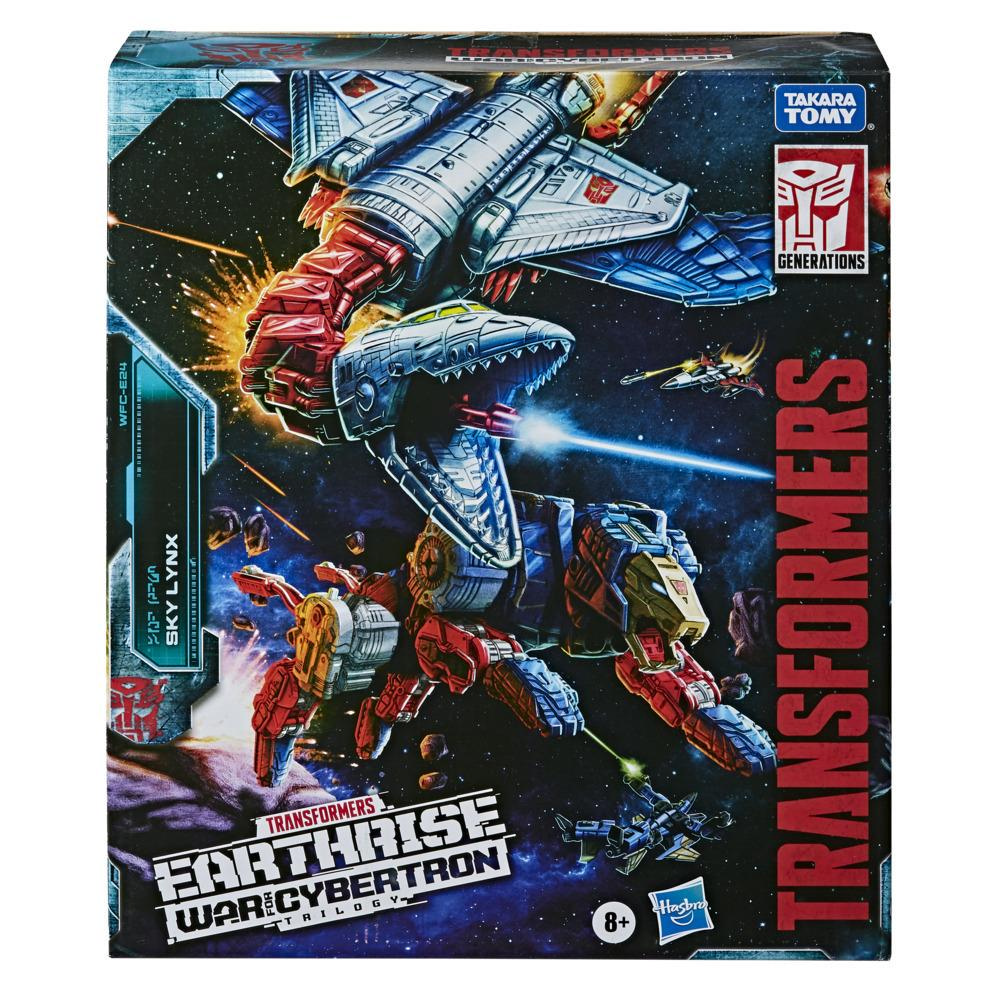 Build the Battlefield Beyond -- The siege is over, but the War for Cybertron has just begun. The Autobots and Decepticons have left Cybertron, but their battle rages on as they speed through space in pursuit of the Allspark. Now, fighters must instantly adapt to battle anywhere in the cosmos. With the advanced A.I.R. (Adaptable Interconnection Retrofitter) Locks system, fighters dont head to the battlefield -- they become it. Bots capable of converting into Modular Battle Stations can connect in custom configurations to fit the needs of battle.

Fans can build out epic space battle scenes with Sky Lynx toy. Figure converts to Modular Battle Station mode and connects to other Stations to expand the battlefield. (Each sold separately. Subject to availability).

BUILD THE BATTLEFIELD BEYOND: Earthrise figures allow fans to build out epic space battle scenes, featuring figures that can convert into and connect to Modular Battle Station modes (each sold separately, subject to availability)

5 ALT MODES: Figure converts from bird and lynx modes into combined bird-lynx beast mode in 22 steps, from bird to shuttle transport mode in 35 steps and lynx to Modular Battle Station mode in 20 steps

ADD ACCESSORIES AND EFFECTS: Attach 2 included Fire Blasts accessories to the 2 included cannon accessories or to figures mouth to simulate fire-breathing. Comes with Astroscope figure with a satellite mode

EXCITING REVEAL: Every pack includes a piece of the Transformers Universe map and a red decoder to unlock the map's hidden paths! Collect other Earthrise figures to piece together the full map! (Each sold separately. Subject to availability)