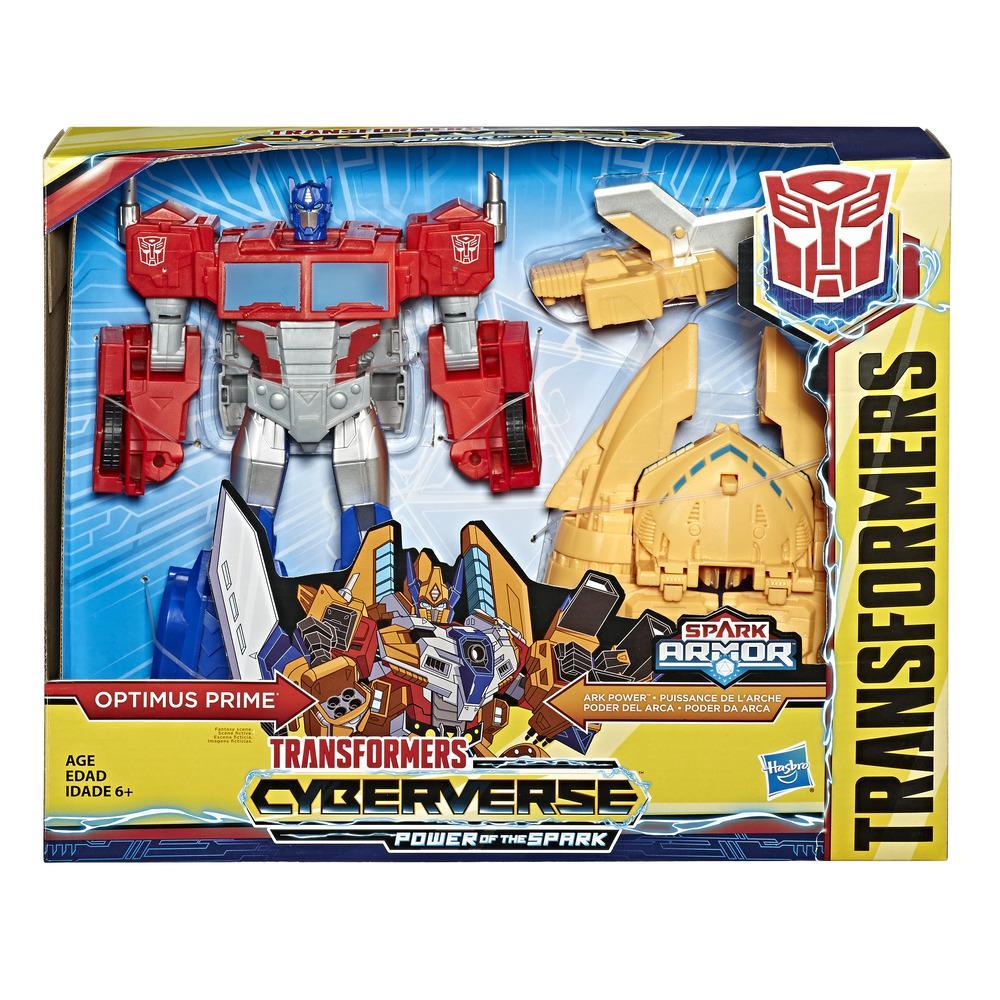 Optimus Prime harnesses the power of Allspark to convert the Autobot ship, the Ark, into powerful Spark Armor!