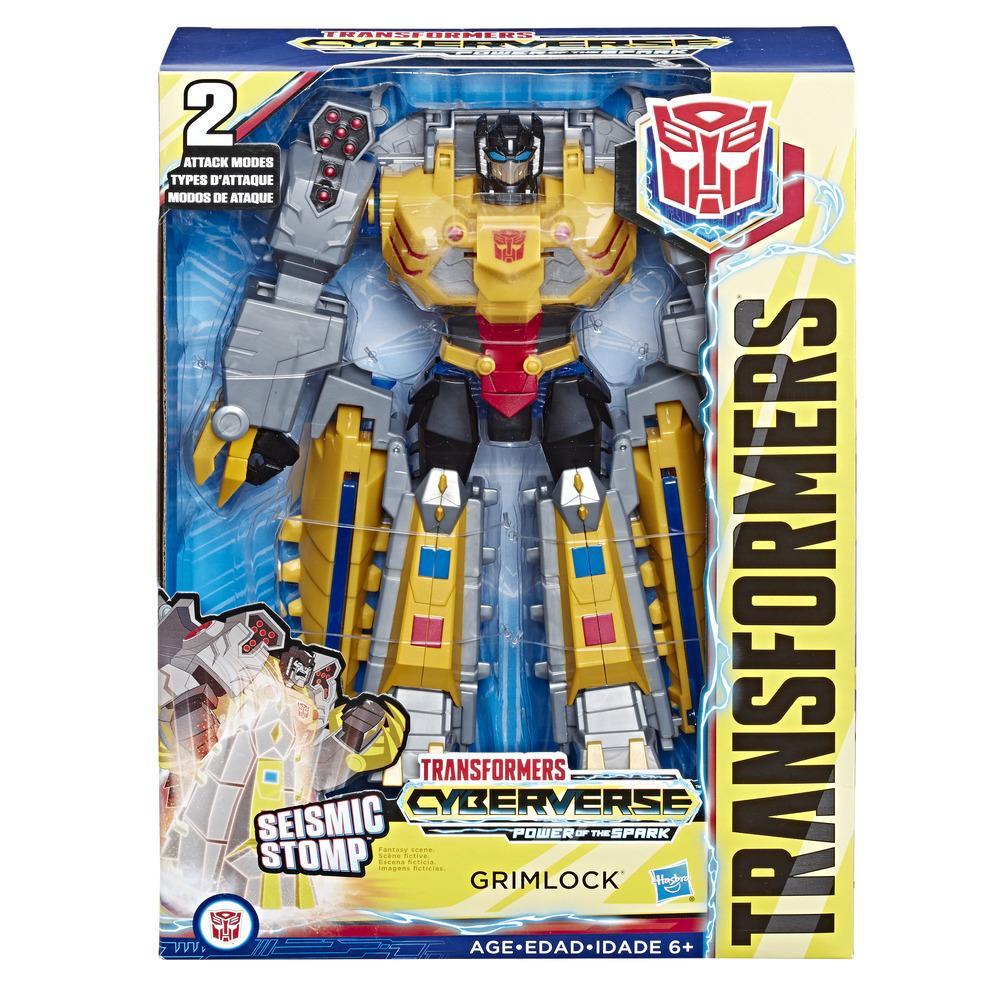 Easily convert and attack with Transformers Cyberverse Action Attackers toys (Each sold separately)! Simply convert Grimlock figure from robot to dinosaur mode in 17 steps. The last step of conversion activates the figures Seismic Stomp Action Attack in both robot and dinosaur mode! Once converted, move can be repeated through easy reactivation steps.