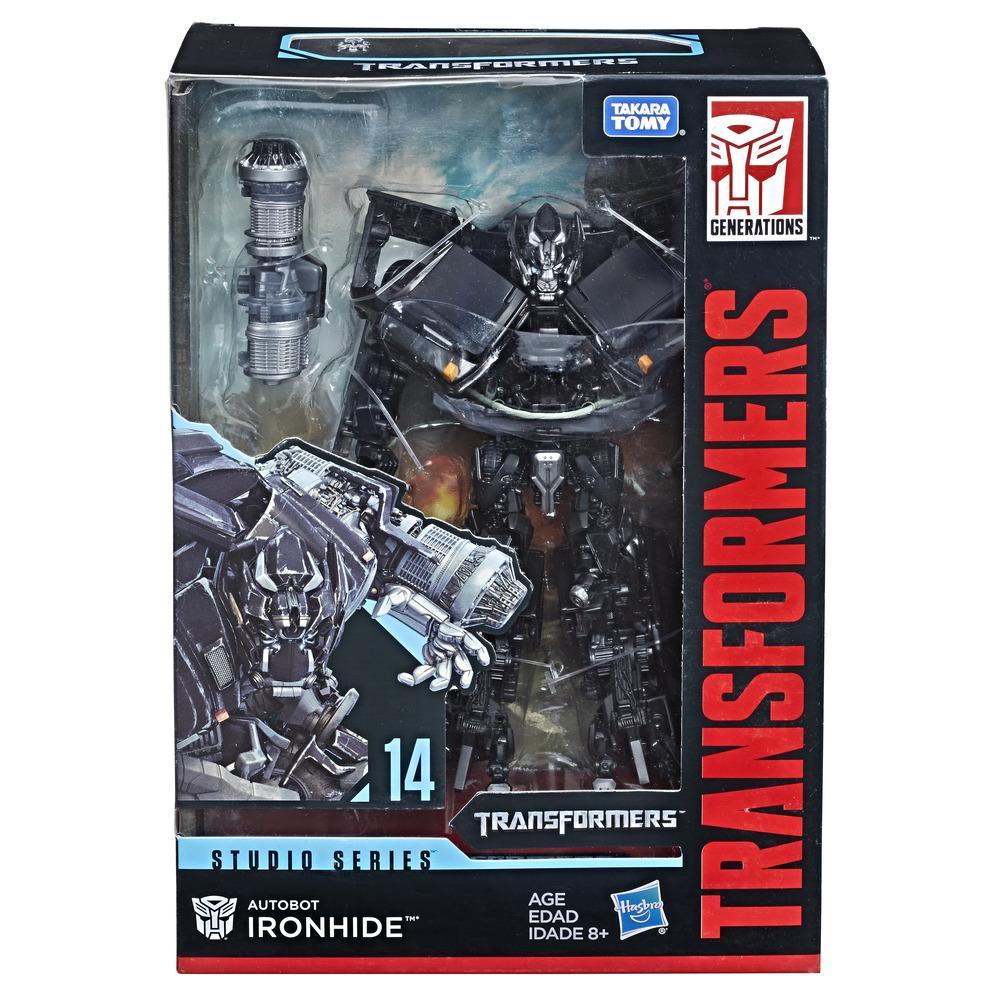 In the Mission City Battle from Movie 1, Ironhide dodges missiles and returns fire as he answers the call to protect Mission City. The steadfast Autobot puts everything he has into fending off Decepticons, clearing a path to victory as Sam Witwicky races to save the Allspark.