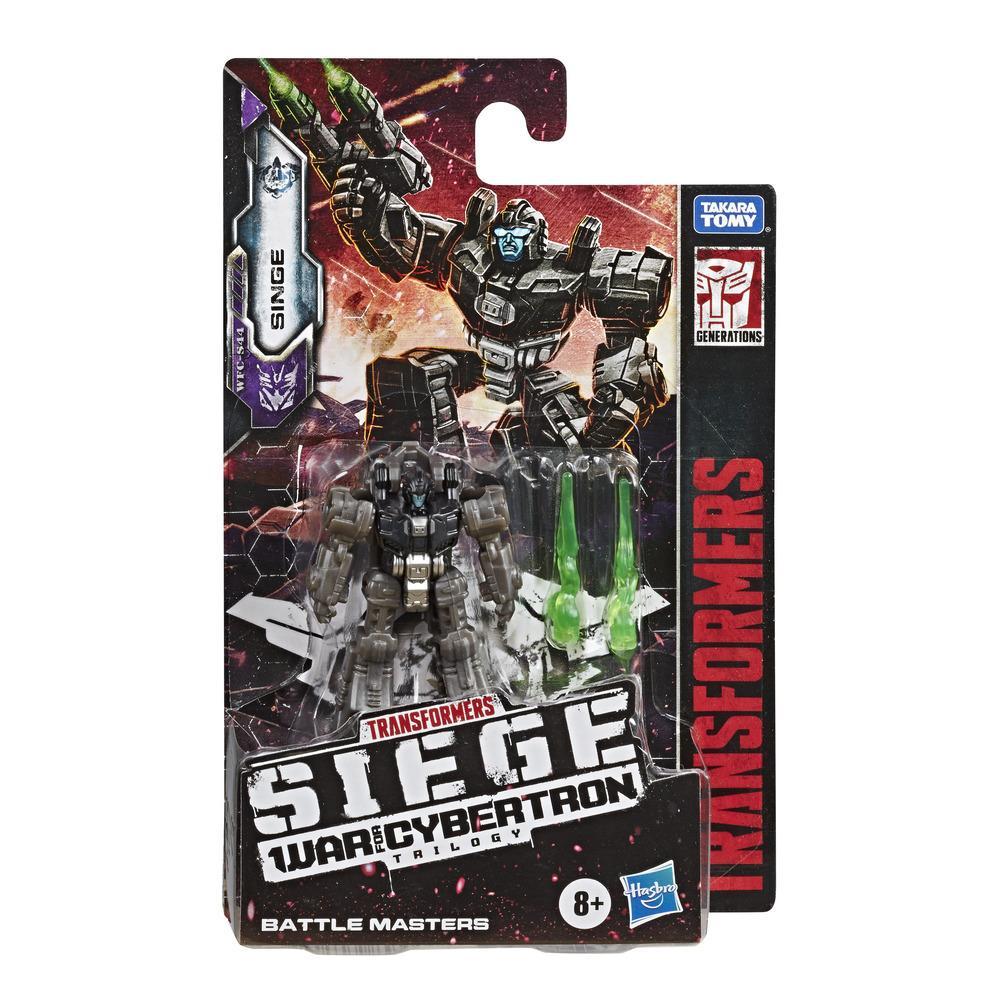 The WFC-S44 Singe toy converts from robot mode to Double-Barreled Nuclear-Powered Flamethrower weapon mode in 5 easy steps. Use the weapon mode to equip other Siege figures (sold separately) with larger mission loadouts and use the included Fire Blasts accessory to simulate a flamethrower blasting its target.