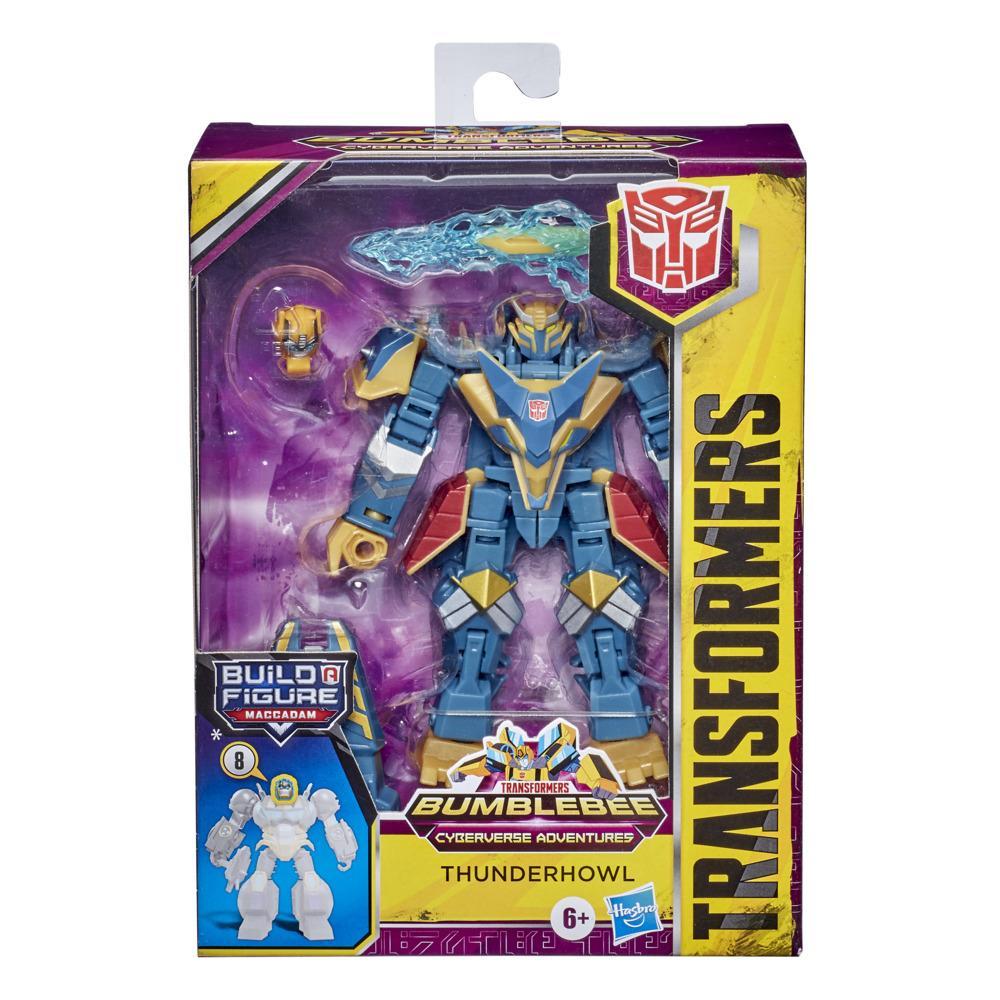 Easily convert and attack with Bumblebee Cyberverse Adventures Deluxe Class figures (Each sold separately)! Simply convert Thunderhowl figure from robot to wolf mode in 23 steps. The last step of conversion activates the figures Lightning Blast attack in both robot and wolf mode! Once converted, move can be repeated through easy reactivation steps.

Kids can collect other Deluxe Class figures, each sold separately, to discover the signature attack moves of favorite characters from the Bumblebee Cyberverse Adventures series -- one of the best ways to introduce young kids and new fans to the exciting world of Transformers!

2-IN-1 CONVERTING TOY: Easy Transformers conversion for kids 6 and up. Convert Thunderhowl toy from robot to wolf mode in 23 steps. Makes a great gift for kids!

INCLUDES BUILD-A-FIGURE PIECE: Each Deluxe Class figure comes with one build-a-figure piece. Combine all the pieces to build a figure of Maccadam, the beloved character from the show (Maccadam figure does not convert)!

TRANSFORMERS BUMBLEBEE CYBERVERSE ADVENTURES: Cool grey and gold Thunderhowl toy robot inspired by the Autobot Knight of the Primes from the Transformers Bumblebee Cyberverse Adventures cartoon, as seen on Cartoon Network and YouTube.

INSPIRED BY CARTOON NETWORK SHOW: In the Bumblebee-inspired series, giant Transformers robots from the planet Cybertron engage in epic battles, harnessing their powers to activate signature attack moves! Kids can imagine unleashing this new ability with this Deluxe Class figure!