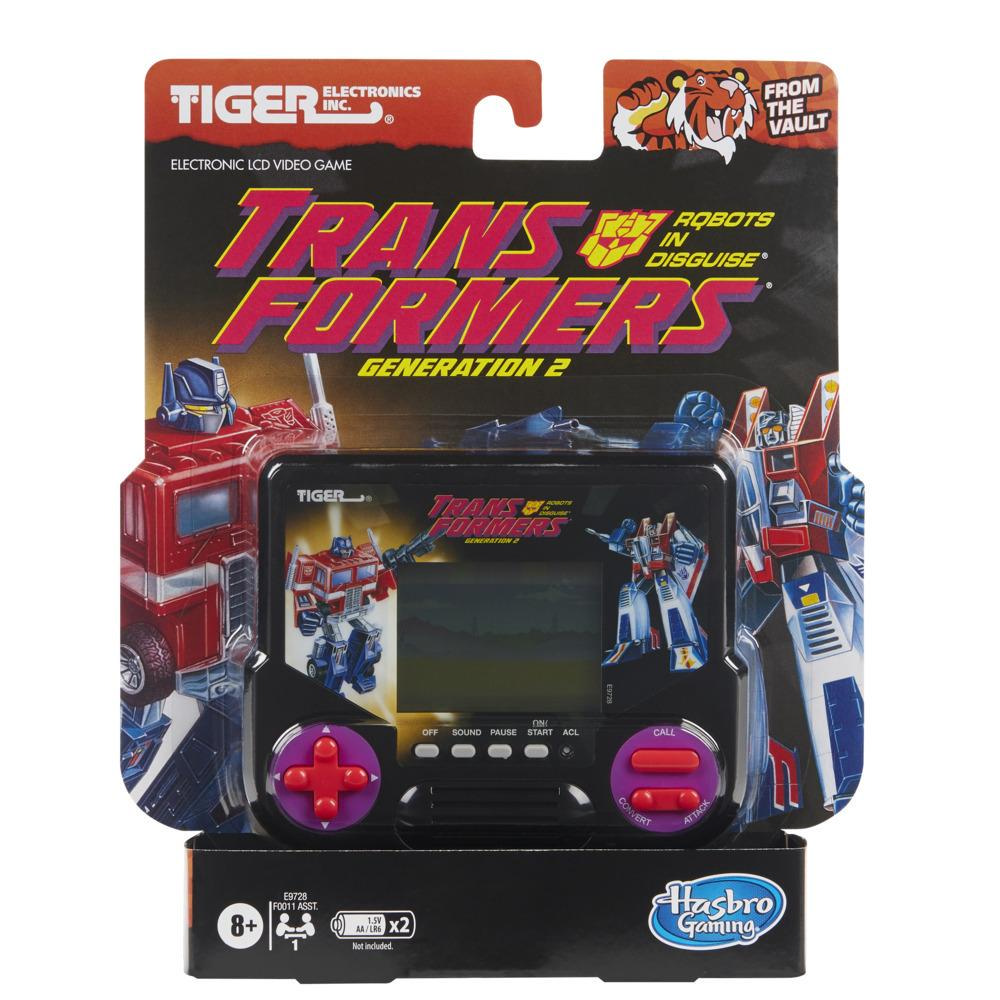 Just imagine going back in time! Gamers who are die-hard fans into retro tech, or are new to this genre, will love this Tiger Electronics Transformers Robots in Disguise Generation 2 electronic LCD video game. Inspired by the original from the 1990s, play as Optimus Prime and battle to stop the Decepticons from causing total destruction. Go through 4 stages of play defeating enemy bosses, ending with the final defeat of Starscream. The design and technology were created with the original handheld game unit in mind. Look for other retro-inspired Tiger Electronics LCD video games. (Each sold separately. Subject to availability.)

RETRO INSPIRED VIDEO GAME ACTION: Blast back to the 1990s with this retro-inspired Tiger Electronics Transformers Generation 2 handheld video game. For ages 8 and up

NOD TO NOSTALGIA: Did you play handheld video games as a child? Introduce your own kids to this electronic LCD video game inspired by the Transformers vintage game from the 1990s

ICONIC TRANSFORMERS CHARACTERS: Kids can play as Optimus Prime and battle the Decepticons who have sent 6 Constructicons to invade Earth. Call on an Autobot for help in each stage

COMPLETE 4 STAGES: The video game features 4 stages of play in this second-generation battle, with challenges to defeat an enemy boss. Kids can get help from an Autobot if they run out of energy or time

HANDHELD GAME: This electronic LCD video game is great for fans of the Transformers and for those who grew up playing 1-player handheld games. Designed for kids 8 and up, its also fun for teens and adults