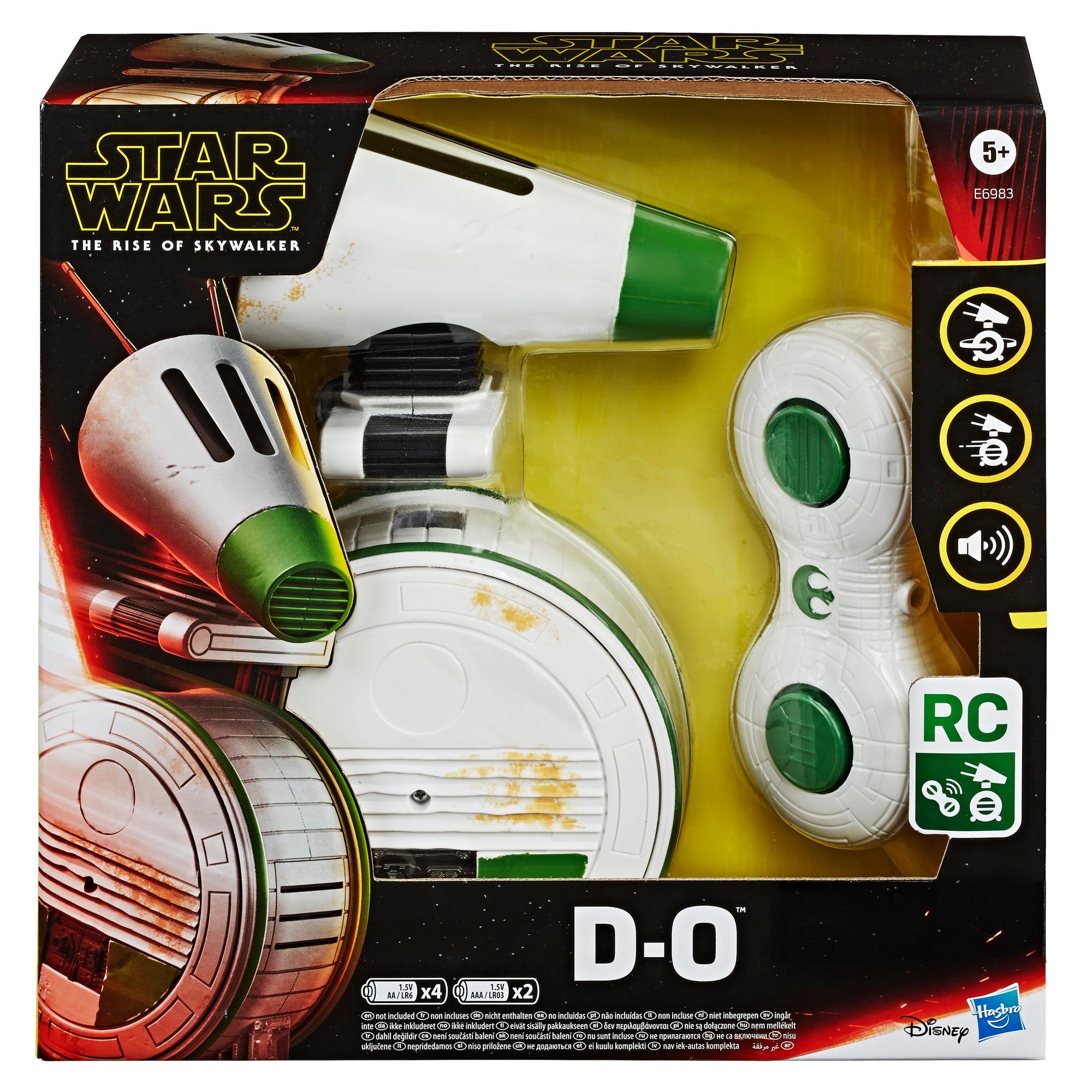 Cobbled from odds and ends in the workshop of a droidsmith, little D-O is an impressionable little roller that becomes fixated upon BB-8.

This remote-controlled D-O toy rolls forward and backward, performs fun 360-degree spins, and makes expressive droid sounds as kids ages 5 and up lead D-O into imaginary adventure! Control the galactic action with the remote control and watch as D-Os head bobbles in any direction -- back, front, and side-to-side! With the interactive remote-controlled D-O droid toy, boys and girls can imagine joining in on the action and adventure of the Star Wars saga!

May the Force be with you!