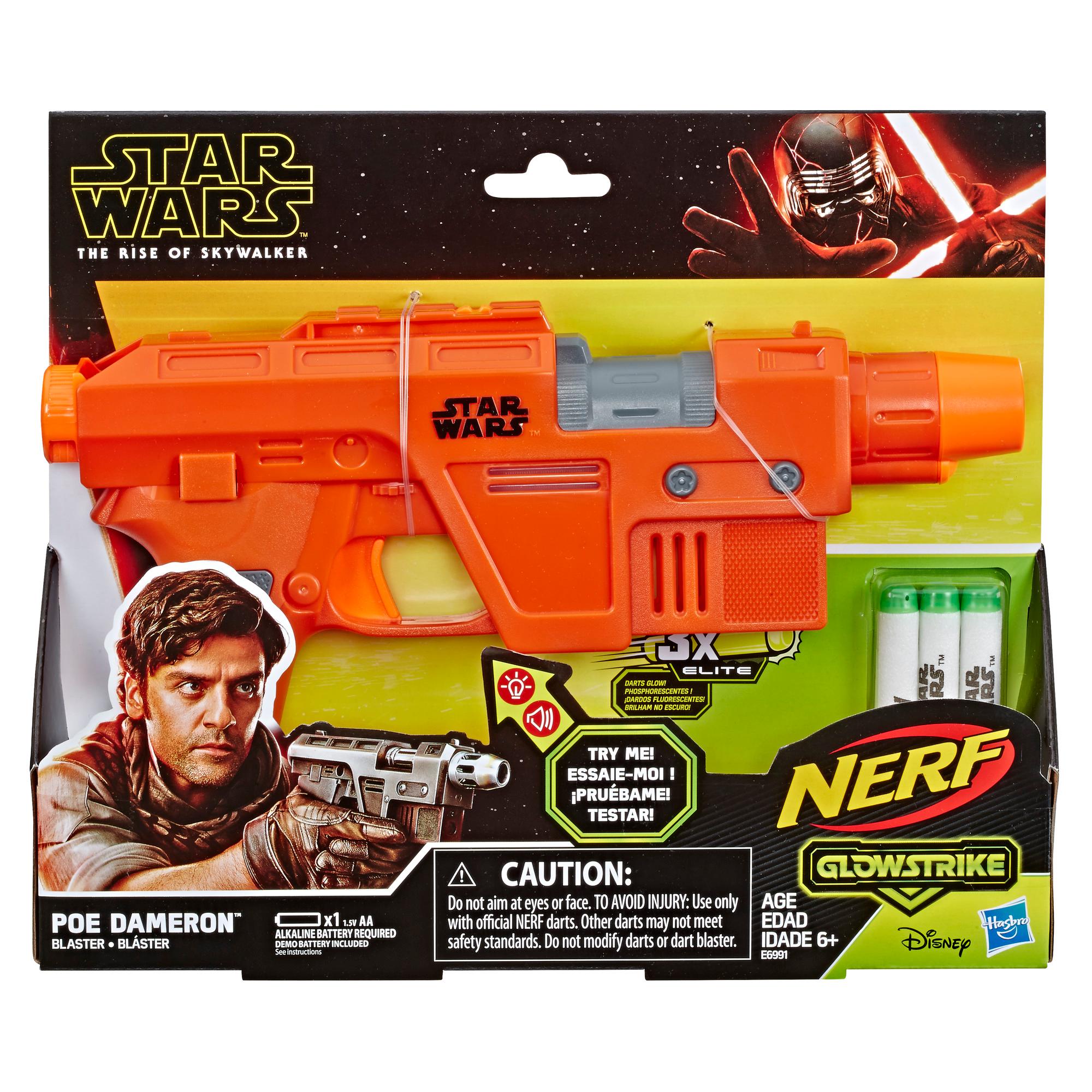 A commander in the Resistances starfighter corps, Poe Dameron is one of Leia Organas most-trusted operatives. A decorated X-wing pilot, he can fly anything  which is fortunate given how often his headstrong nature leads him into trouble. Imagine battling the First Order like Poe Dameron with this Star Wars Nerf blaster that fires glow-in-the-dark darts! The Poe Dameron Blaster features GlowStrike technology that charges the darts to make them glow when fired. Load one dart into the front of this single-fire, trigger-activated blaster, pull the handle back to prime it, then press the trigger to unleash the glowing dart, hear laser blast sound effects and see light effects! Illuminate Star Wars battles with the Star Wars Nerf Poe Dameron Blaster! Includes 3 Elite GlowStrike foam darts. Demo battery included.