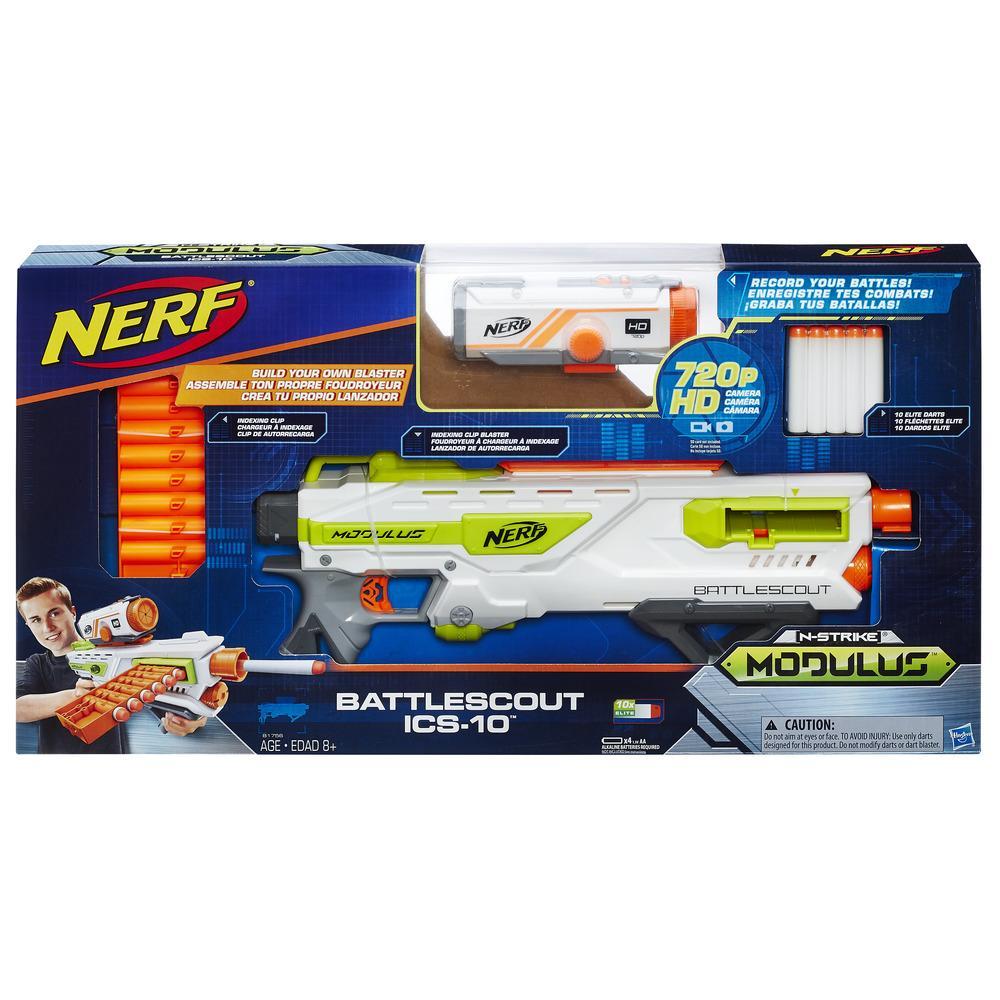 Kids can build their own blaster for each mission with a Nerf Modulus blaster from Hasbro! With the Battlescout blaster, they can also record their battles! The Battlescout blaster comes with a detachable 720p HD camera that mounts on the blasters tactical rail. Record videos and take photos with the camera, then show off the battle sequences and action shots to friends. The blaster includes a 10-dart indexing clip and comes with 10 Elite darts that unleash with pump-action blasting. SD card required (not included) to record videos and take photos. Comes with 10 Elite darts.

Expand the customizing options with Nerf Modulus Upgrade Kits (each sold separately). With the full Nerf Modulus system, over 1000 different combinations are possible