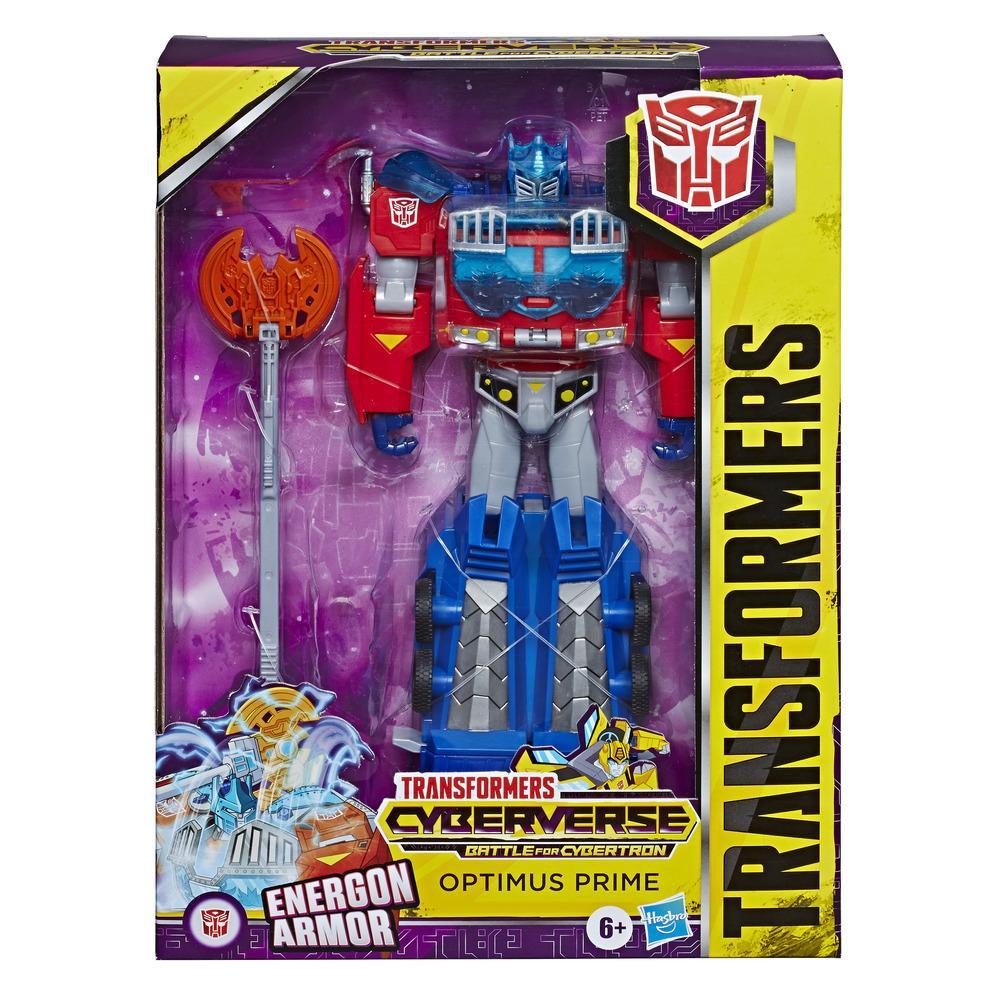 Optimus Prime harnesses the power of pure energy for an Energon Armor-Up!

Kids can collect other Ultimate Class figures (each sold separately, subject to availability) to discover more exciting characters from the Cyberverse series!