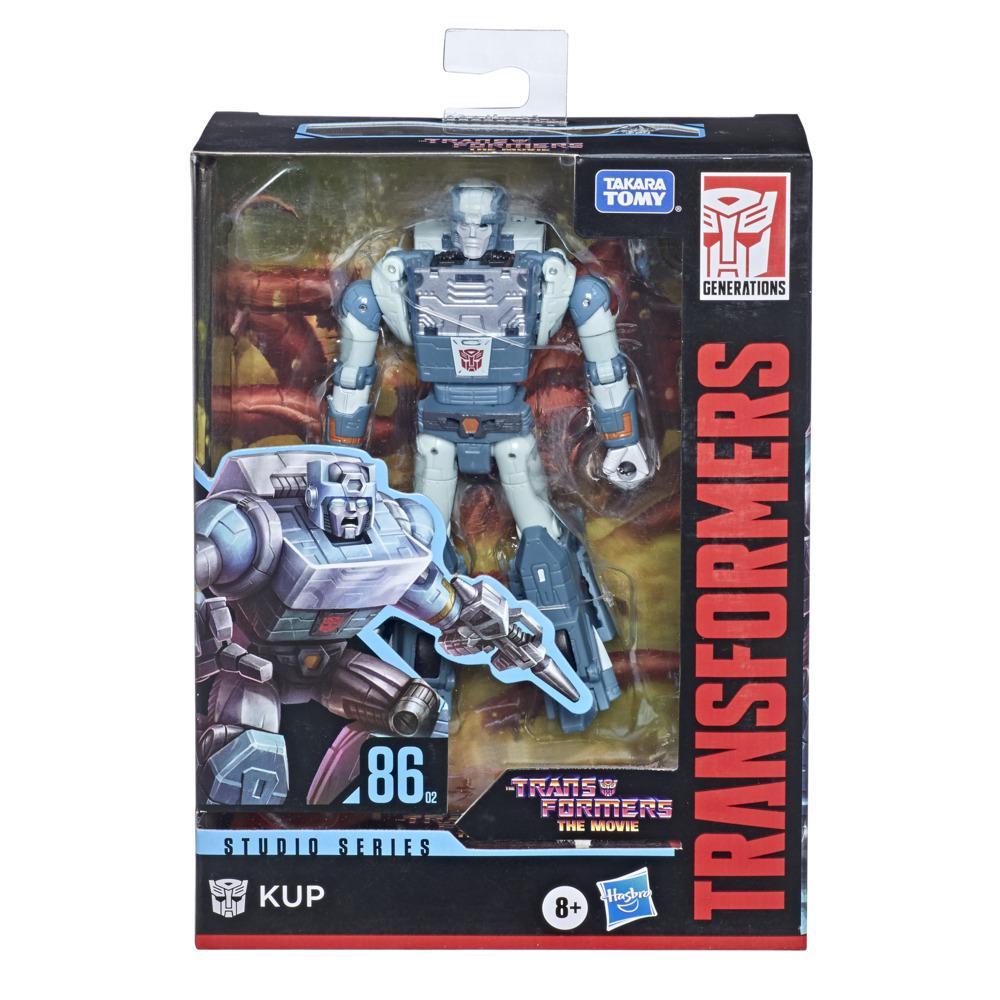 This Studio Series 86-02 Deluxe Class The Transformers: The Movie-inspired Kup figure converts from robot to Cybertronian truck mode in 21 steps. Remove backdrop to showcase Kup in the Sea Squid Showdown scene. In the Sea Squid Showdown scene from The Transformers: The Movie, Kup fights for his spark as a giant robot squid tears him apart. Figure can comes apart in pieces; imagine recreating this classic movie moment! Also comes with blaster and Energon canteen accessories.