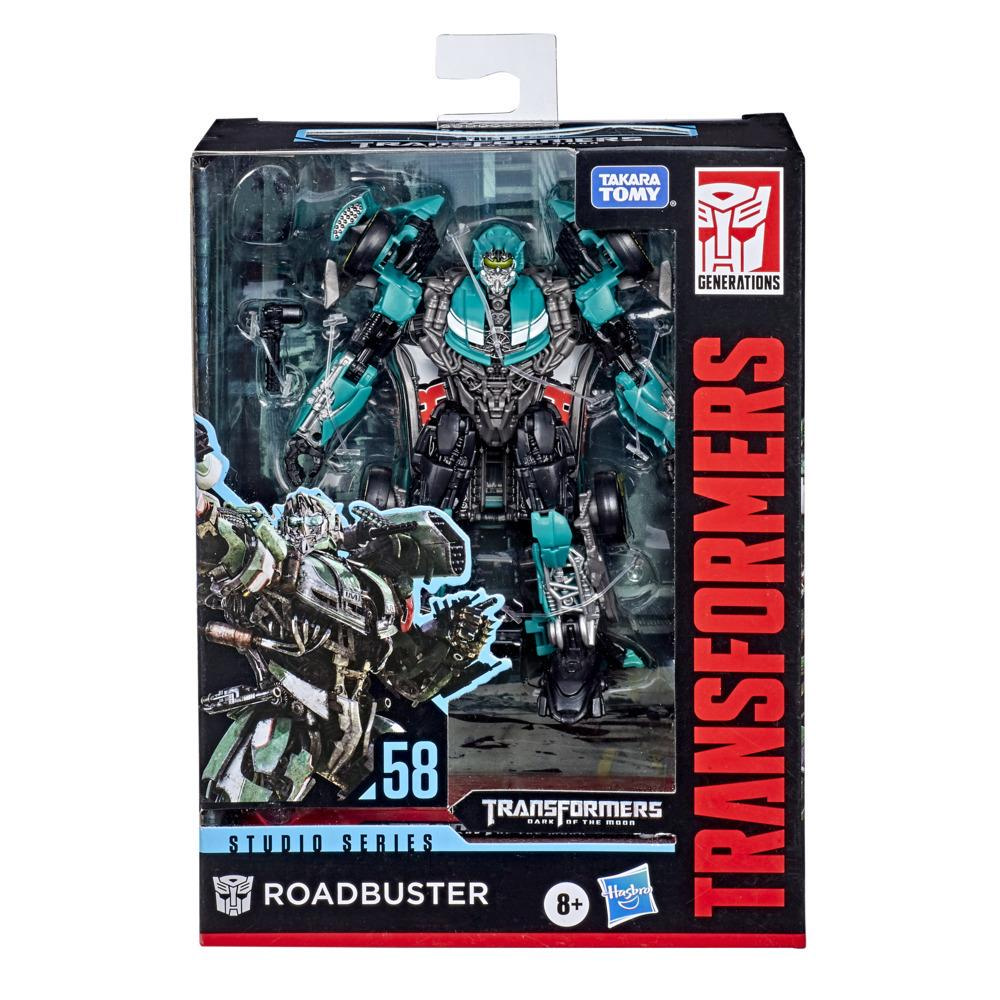 In the Battle of Chicago scene from Transformers: Dark of the Moon, Roadbuster and the Wreckers turn Decepticons into scrap.

This Studio Series 58 Deluxe Class Roadbuster figure features vivid, movie-inspired deco and converts from robot to Chevy Impala mode in 23 steps. Remove backdrop to showcase Roadbuster in the Battle of Chicago scene. Includes a detailed weapon accessory. For kids age 8 and up!

CHEVROLET, the BOWTIE logo, CORVETTE and the CORVETTE logo, and CAMARO, are registered trademarks of General Motors, LLC.

Warning: Choking Hazard -- Small parts may be generated. Not for children under 3 years.