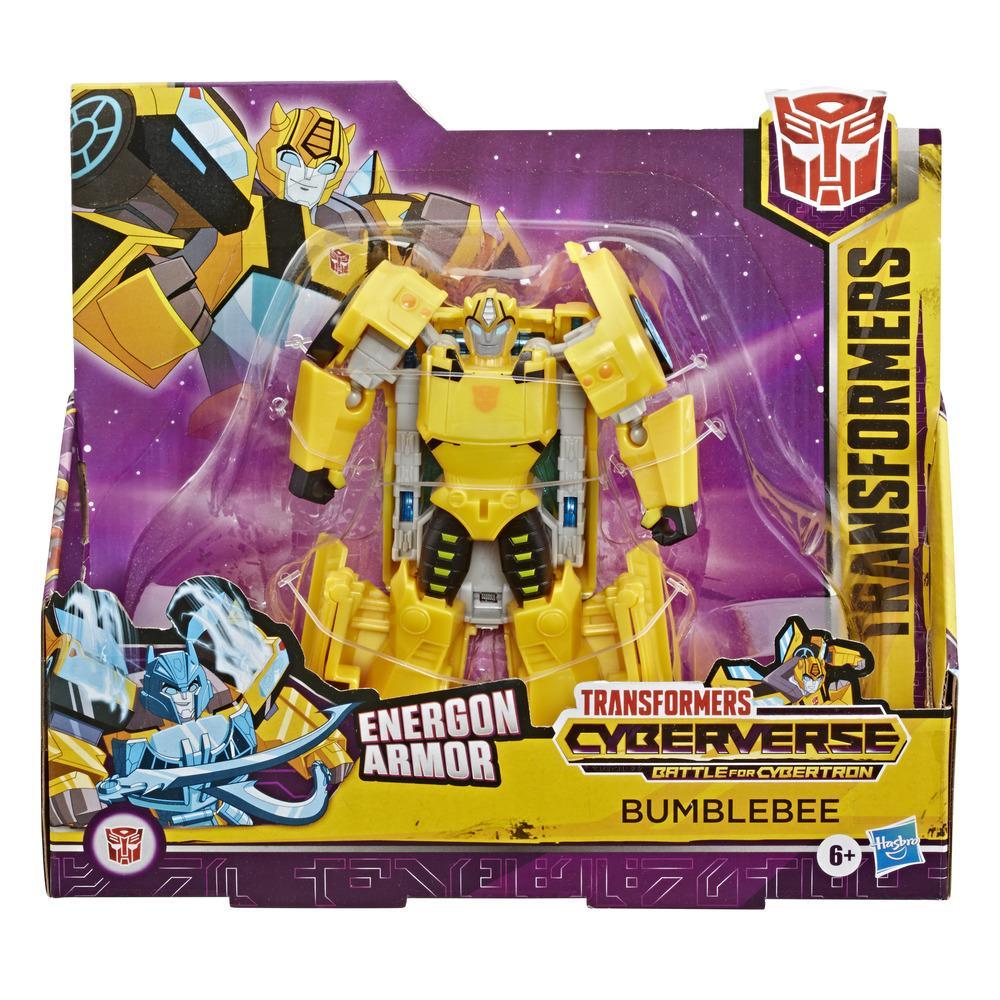 Bumblebee draws his Cybertronian Sabers weapons to harness the power of an Energon Armor power up!