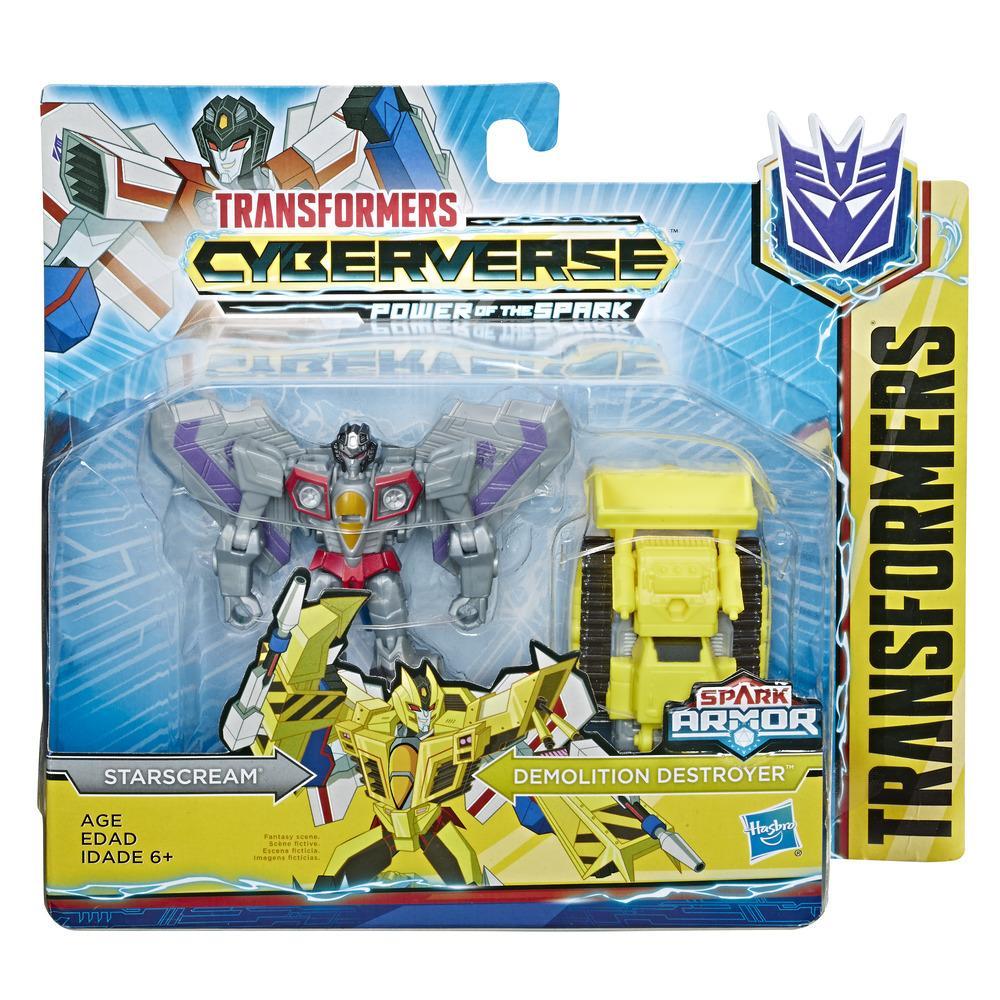 Starscream harnesses the power of the Allspark to convert a bull dozer into powerful Spark Armor called Demolition Destroyer!

Kids can collect other Spark Armor figures (each sold separately, subject to availability) to discover more exciting characters from the Cyberverse series! All Battle Class Spark Armor works with other Battle Class figures.