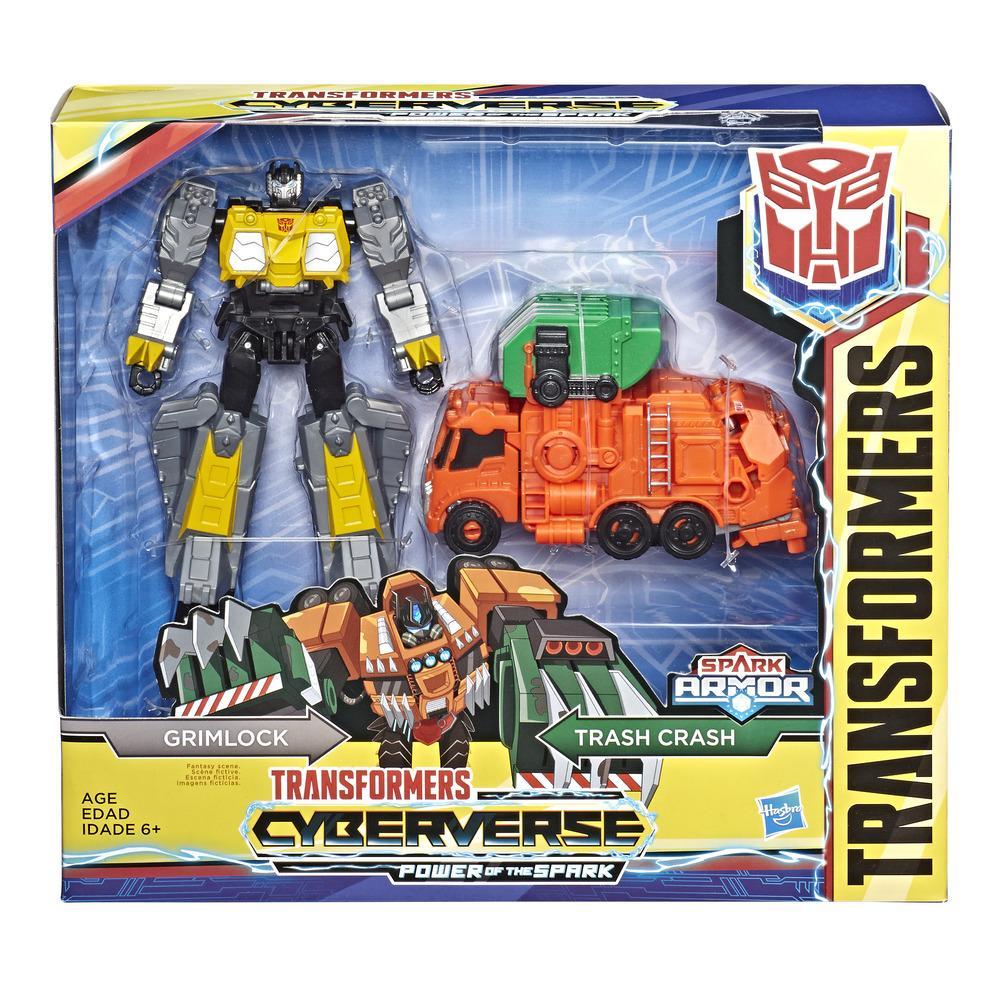 Grimlock harnesses the power of the Allspark to convert a garbage truck into powerful Spark Armor called Trash Crash!