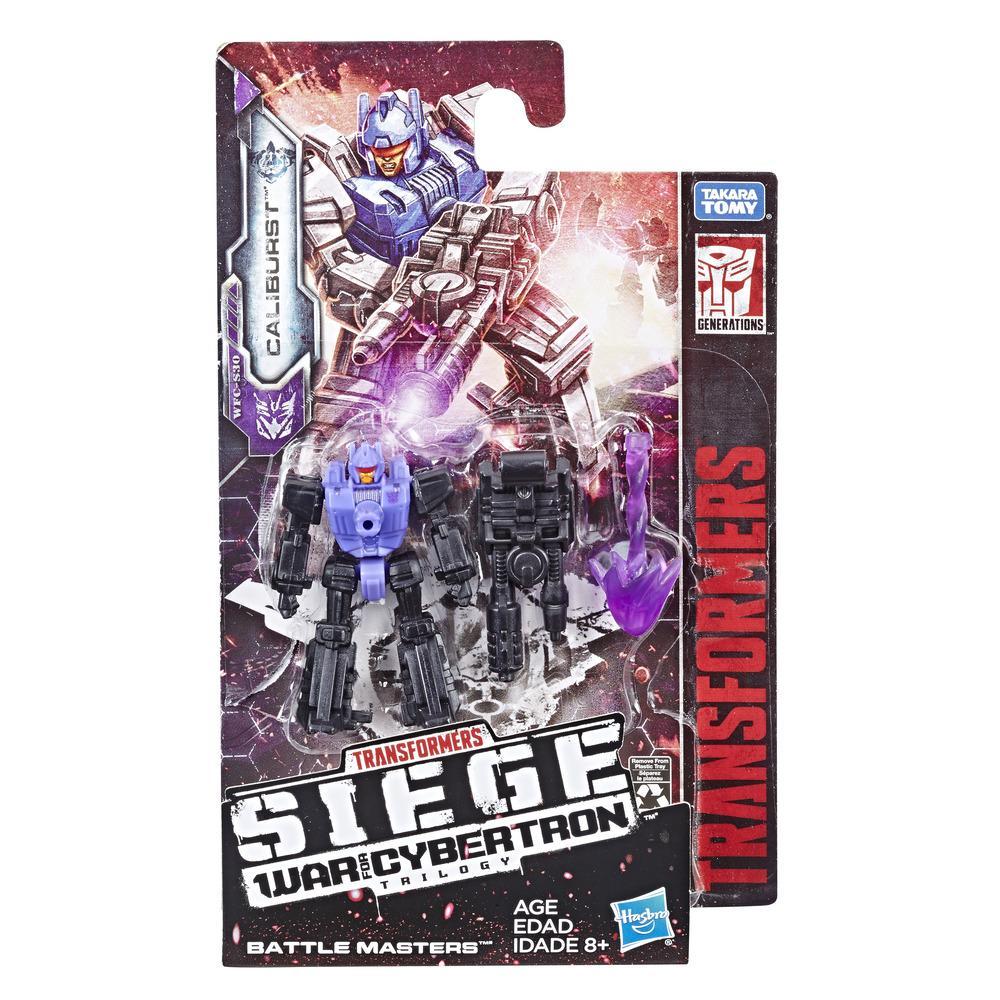 The WFC-S30 Caliburst toy converts from beast mode to Oxidation Cannon weapon mode in 5 easy steps. Use the weapon mode to equip other Siege figures (sold separately) with larger mission loadouts and use the included Fire Blasts to look like blasterfire coming from the weapon mode of Battle Masters or other Siege weapon accessories (not included).